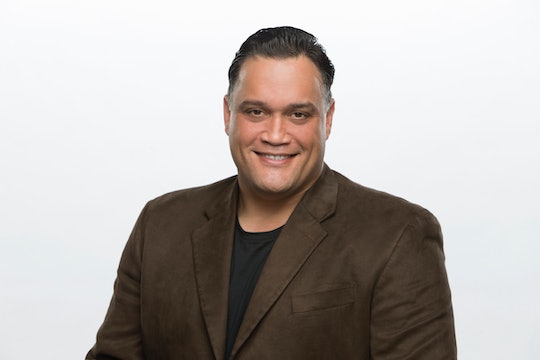 Almost every season of Big Brother has the "dad" figure who makes it far because of his personality and social game, but not quite as far as he needs to go to win the first or second prize. For season 19, it was Kevin Schlehuber, but in season 20, it just might be Steve Arienta. Though in his case, he stands to make it a lot further and play a lot harder. So, who is Steve Arienta on Big Brother? He’s going to be a force to be reckoned with since not only is he a former undercover cop, but he plans to do everything in his power to physically stay in the Big Brother house and win the game at the end of the summer.

When The Hollywood Reporter asked Steve what he plans to say if he ends up on the block during an eviction night, he responded with, "I'm not leaving. Security is going to have to come and pull me out. I refuse. I don't think anyone has ever done it, but I'm going to lock onto the couch and stay." And honestly, something tells me he was only half joking about it. But that’s the sort of mindset you need in order to go far as a houseguest when there are more than a dozen other people gunning for you to fail.

He also has the perfect plan for dealing with in-house arguments. "I would just drive the person more and more insane until they flip out and make a mistake," he revealed in the interview. "I'll hit you with a little jab and another little jab until you break. And guess what? Now you'll be the target!" Clearly, he’s not one to be underestimated this season.

Steve was once an undercover police officer, but these days, he’s actually a professor at Westchester Community College in New York. According to his LinkedIn profile, he lectures about different topics related to his former profession including organized crime, drugs and the justice system, criminology, and private security. But when he’s not working, he’s spending time with his wife, who once applied for Big Brother herself, and their three daughters, who he might have a hard time being away from once the Big Brother season officially begins.

Prior to being cast on the show, Steve was a super fan, so he already has that going for him. And his motivation for being on the show at all was to win that life-changing money for himself and his family, which you really can't be mad at. He also told Ross Mathews that he plans to use his background as a detective to make it far, just as legendary Big Brother 16 winner Derrick Levasseur did.

"As a narcotics detective, as an undercover, you absolutely positively have to sit back, know your environment, read the people around you, understand when and when not to say something, when to interject, when not to interject, when to push the envelope, when not to push the envelope," he explained. "You don't want to scare away a potential sale or buy, if you're an undercover, or if you're a narcotics detective. And you don't want to push away a possible alliance, make a friend an enemy too quickly… the game is all about politics."

As for Steve’s strategy on Big Brother? Surprisingly, it’s not having a strategy at all. On his Big Brother bio, he pointed out that having one usually proves useless until you go into the house and get to know the other houseguests. His mindset already seems like one ready to get deep into the game, so I can honestly see Steve going pretty far this season, whether the other contestants take him seriously or not just because he’s not another 20-something gym rat. I mean, there’s nothing wrong with putting that outdoor gym equipment to use on the show, but I’d kind of love to see someone like Steve best literally all of them throughout the course of the season ahead.