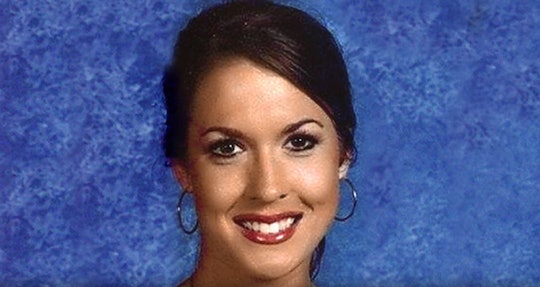 When the Up and Vanished podcast aired in 2017, it quickly became a true crime obsession. With the emergence of new information, producers are putting Tara Grinstead’s murder case back in the spotlight. If you aren’t familiar with the podcast, you might want to know more about the victim at the center of the murder mystery. So who is Tara Grinstead?

Tara Grinstead was a 30-year-old beauty queen who went missing in October of 2005. According to WALB 10, Grinstead was an 11th-grade history teacher at Irwin County High School in Ocilla, Georgia. Along with a passion for education, Grinstead was a dedicated pageant coach. After winning the title of Miss Tifton 1999, she continued to guide young pageant contestants. The report also noted that Grinstead grew up in Hawkinsville, Georgia where she was once a high school cheerleader and a member of the town’s First Baptist Church. She went on to get her Masters in Education from Valdosta State University, and was working on her doctorate when she went missing.

On the day she disappeared, Grinstead spent her afternoon coaching Miss Sweet Potato pageant contestants, reported CBS News, and later attended a barbecue with friends. When she failed to show up for work at the high school that Monday, the authorities were called in to investigate her disappearance. According to CBS News, her house was locked with her pets still inside, and her car remained in the driveway, but her purse and keys were both missing. At the time, the police also found a latex glove in her backyard. With no viable leads, Grinstead’s disappearance turned into a cold case, and stayed that way until the Up and Vanished podcast aired in 2017.

Up and Vanished creator Payne Lindsey told Cosmopolitan UK that he starting digging around Ocilla to get clues on Grinstead’s disappearance, which prompted authorities to take a second look at the case. “The podcast created an environment in this small Georgia town that was almost like a pressure-cooker,” said Payne, “Everyone around you was talking about the case openly for the first time ever, so if you were someone who was walking around with a dark secret, it became very difficult to keep that secret — that created this fear in people who knew what happened, and I think that’s what ultimately led to the tip coming forward.”

The tip led investigators to arrest 33-year-old Ryan Alexander Duke, who according to CBS News was a student at the high school where Grinstead taught. Duke’s warrant alleges that he broke into Grinstead’s home and murdered her with his hands, and proceeded to conceal the body (which has yet to be found). In an interview with Romper, Lindsey said that the upcoming TV special will feature new information about Grinstead’s case. "We've been following along Tara Grinstead's case since the podcast stopped,” said Lindsey. "We've also shot a TV pilot for the Up and Vanished TV show on Tara Grinstead's case, and I would say about 90% of that pilot is all new stuff — But there’s a lot more we’ve learned since the last episode of Season One, and we’ve continued to follow it since then.”

He added that while the TV special will feature some footage taken during the podcast, most of it will be new. “A lot of the stuff we shot during the season is used throughout the series, it's just callbacks and searching under the house, all these different things that I did end up filming, those elements are in there,” explained Lindsey. “[But] Most of it's new because I went back to Ocilla, re-interviewed people, and also interviewed new people.”

For the those immersed in Grinstead’s case, the upcoming special should answer more questions, and possibly help provide more insight into her disappearance.