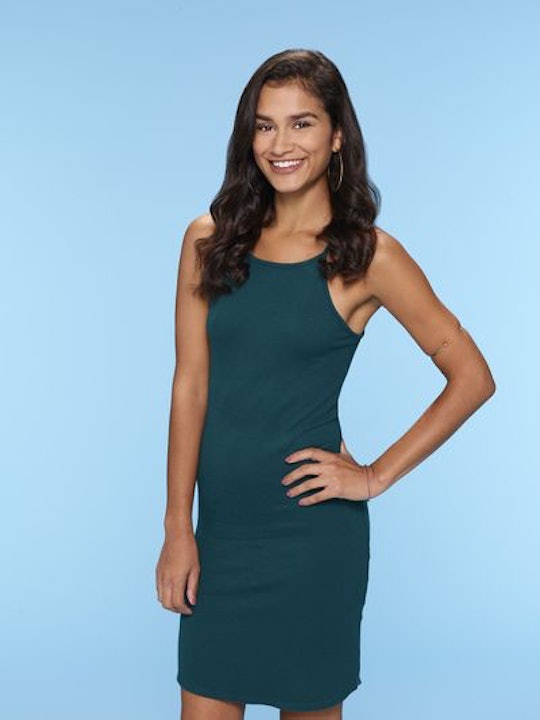 Taylor From 'The Bachelor' Is So Accomplished

When I was 23, I think I was either going to class or nursing a hangover from the night before, or a little of both. I was definitely not the proud owner of a masters degree and certification in a chosen career field. But Taylor on Season 21 of The Bachelor has all that and more, so maybe her age won't mean much in the long run. But other than her accomplishments, who is Taylor from The Bachelor? As one of the youngest contestant this season, she's already accomplished a lot, but despite her young age (which is 13 years younger than the Bachelor himself), she seems to have enough maturity to actually want to find love with Nick on The Bachelor. And — I have to say it and be "that" person — she's likely there for the right reasons.

The 23-year-old mental health counselor, who makes a gorgeous bride by the way, is in some ways very much her age and in others, more mature than some of the older contestants this season. For starters, she hasn't yet had any drama surrounding her, which is always refreshing. But the season is young, much like Taylor (see what I did there?) and there is still plenty of time. But who is Taylor from The Bachelor and what else is there to the contestant?

At 23, Taylor is not only a college graduate, but she recently got her master's of science from John Hopkins University. She's also a board-certified mental health counselor, so an underachiever she is not.

She Doesn't Put On Airs

Taylor seems to be just as comfortable modeling designer clothes as she does hanging out with a ponytail and no makeup on. She posted the photo above on Instagram with the caption: "It is the friends we meet along the way that help us appreciate the journey," along with numerous hashtags. Kinda helps to show you how sweet and real she is.

She's Also Kind Of A Model

It's not listed as her profession on The Bachelor, but is looks like Taylor also does some modeling. On Instagram, she's posted plenty of professional photos, most of which showcase different clothing or makeup brands. But above all else, and you have to love her for this, on her Bachelor bio, Taylor listed her favorite designer as Forever 21.

She Takes The Best Photos Of Her Home City

Not that it's difficult to take beautiful photos of Seattle, but throughout Taylor's Instagram, you can find random skyline shots or nature photos she's taken of her hometown.

She Loves Alexis As Much As The Rest Of Us

Taylor recently posted this screenshot with the caption: "My favorite part of the show was the relationship that developed between @awatazzz and my bubble butt," which is amazing. Alexis, a.k.a. Shark Girl, has been a welcoming comedic presence so far this season and if Taylor can appreciate her too, then Taylor gets cool points as well.

Suffice to say, there's no reason to think that Taylor won't last at least a little while longer on the show and demonstrate to Nick why she's worth getting to know.