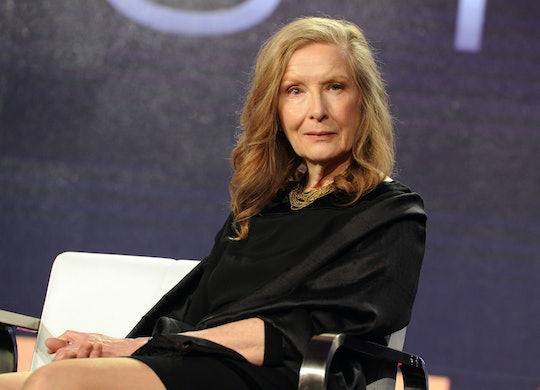 'AHS: Cult' Introduced A Surprising Suspect As The Zodiac Killer

American Horror Story: Cult attempted to provide an answer to one of the greatest true crime mysteries of the twentieth century in Episode 7 by unmasking the identity of the Zodiac Killer. But who is the Zodiac Killer? The explanation provided by AHS: Cult wasn't one anyone could have seen coming, because it's not really plausible when you look at what actually happened. It was a wild fictional interpretation of who the Zodiac killer could have been — but the identity of the killer was never uncovered, so there's no way to know what the real truth is.

The Zodiac Killer was a serial murderer in California in the 1960s and '70s whose total number of victims is as uncertain as who the killer really was. The Zodiac claimed a total of 37 victims, but only seven were confirmed by the police. Of that seven, only five were fatalities. Part of what made the Zodiac such a famous mystery was that they sent taunting letters to the police complete with ciphers that supposedly revealed who they were. However, the ciphers were never uncoded, despite numerous attempts. It's easy to see why the mystery has grabbed people, and why AHS: Cult would try to find a surprising solution for it.

In "Valerie Solanas Died for Your Sins: Scumbag," AHS: Cult linked the Zodiac Killer to another heavily publicized crime that happened around the same time all the way across the country. On June 3, 1968, Andy Warhol was shot at his studio, the Factory, by a radical feminist writer named Valerie Solanas. She's known for writing a work called the SCUM Manifesto that called for the extermination of all men. She and Warhol had a falling out (if they were ever truly friendly) after he declined to produce a play she wrote and then lost the manuscript. AHS: Cult depicted the issues leading up to the attack, which Warhol survived, and the shooting itself. But after that, reality and fiction diverged.

There's no reason to believe there is any connection between Valerie Solanas and the Zodiac Killer. She turned herself in after shooting Warhol and spent the next year in a psychiatric hospital before being sentenced to three years in jail, with one already served. She was in New York while the Zodiac Killer was claiming victims in California, though she did make her way out west after her release. However, that didn't stop AHS: Cult from creating a theory that claimed Solanas was actually the Zodiac.

According to Episode 7, Solanas' manifesto spawned its own cult of women and men who felt tossed aside by society and needed a way to funnel their rage into action. They signed on for Solanas' plan to kill a thousand people so they could, per the fictional Valerie's instruction, "reverse the power structure" and cause divorce to sweep the country. Her shooting of Warhol was a signal to her followers to begin murdering couples so they could send the message that if a woman slept with a man, it would get her killed. Valerie didn't commit the crimes herself but she was the mastermind, communicating with her group on the phone while she was in the hospital.

The episode speculated that all the Zodiac killings were actually SCUM killings, though the letters to the police did not come from Valerie. The ciphers were the work of one of the men who had been allowed into SCUM. He had been trying to take credit for her work, which was just another sign in Valerie's mind that men were always trying to take from women. He became another of her victims.

Eventually Valerie became so consumed by her philosophy that she alienated all of her followers and died alone. Her story was relayed to the female members of Kai's cult by Valerie's former lover Bebe in an attempt to get them to turn against Kai and any other man trying to control them. At the end of the episode, however, it was revealed that Bebe was actually working with Kai. That threw the entire Zodiac story into question. It's possible it was just a lie intended to achieve the endgame Kai wanted, and it utilized an unsolved series of crimes to give the lie legitimacy.

The story was so unbelievable and the connections to reality so tenuous that it was hard to believe, even for American Horror Story. It may have served its purpose within the episode, but it didn't provide any real answers on who the Zodiac Killer really was. It was just another of Kai's manipulations.