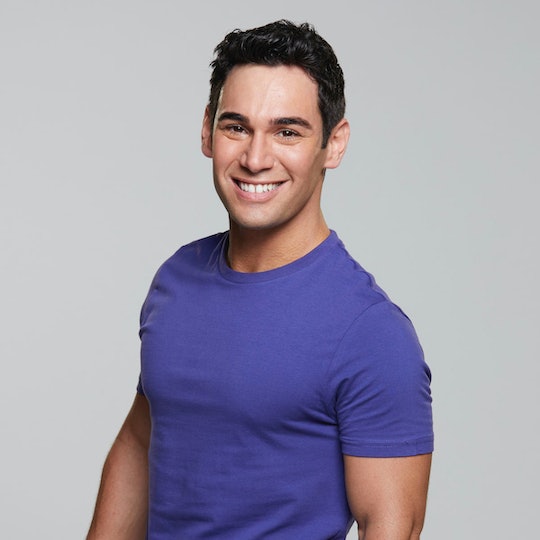 Tommy Bracco On 'Big Brother' Is One Of This Season's Superfans

Depending on how long they last each summer, Big Brother houseguests usually leave the show with a mini fan base and support to guide them back into reality. But sometimes, mini celebrities who appear on the show already have fans to go home to and that seems to be the case for Season 21 houseguest Tommy Bracco. Some fans will likely be asking who Tommy Bracco is on Big Brother while trying to figure out where they recognize him from.

While he may be a rising performer as opposed to a bona fide star, Tommy is well known among theater goers for his numerous roles on Broadway. And whether you like it or not, his prior experience in the public eye might bode well for him as a contestant on Big Brother this season.

Tommy has most notably appeared in Pretty Woman on Broadway, but he has also been part of productions of Newsies and A Chorus Line. Because of his experience as a natural performer, he probably won't have a hard time *performing* in order to get his fellow houseguests to alike him, and if he already has fans outside of the house, then he might even stand a chance at winning America’s Favorite Houseguest if he makes it to the end of the season.

In the past, Big Brother has featured Instagram personalities, minor fitness celebrities, and plenty of houseguests who have gone on to gain fame of their own. And in Season 16, Frankie Grande, a fellow Broadway performer, famously participated in the show. He gained even more fame and went on to compete as a houseguest on Celebrity Big Brother in the UK, so I'd say his experience on the show was a success, despite the fact that he didn't win. Tommy might see similar success, depending on how well he will be received by fans and his fellow houseguests.

Outside of Broadway, Tommy is a total mama’s boy and although that might make being away from home a little difficult for him, it’s also pretty endearing. Tommy spoke highly of his mom in his Entertainment Tonight Canada interview and admitted that being away from her for so long without any contact would be hard for him. He said in his Big Brother bio that his mom actually inspired the game he plans to play. He said that he wants to be the house mother on Big Brother this season and become almost indispensable and trusted in that way to put the other players at ease and gain their trust. It’s not the worst strategy, and judging by how charismatic Tommy seems, it could actually work.

Tommy is also a devoted Big Brother fan and was glued to the past several seasons. That’s certainly not a prerequisite for being a houseguest, but it doesn't hurt to have a deep understanding of the game and the knowledge of what works and what will get you voted off sooner rather than later. Tommy said in his Entertainment Tonight Canada interview that his all time favorite player is Da’Vonne, who was on Season 17 and 18. Somehow, that alone has gained him new fans even before Big Brother Season 21 has begun.

After learning of his admiration for the memorable Big Brother houseguest, fans have tweeted that they, in turn, support him because of that. Having fan support this early on could be beneficial for Tommy’s game, especially if fans will be able to vote for houseguests to receive special treatments, but right now, this season’s twists are unclear. Given the strong social game Da’Vonne is known for playing, she’s not a bad idol to have in this game. Hopefully Tommy can emulate that without getting voted out too early this season.