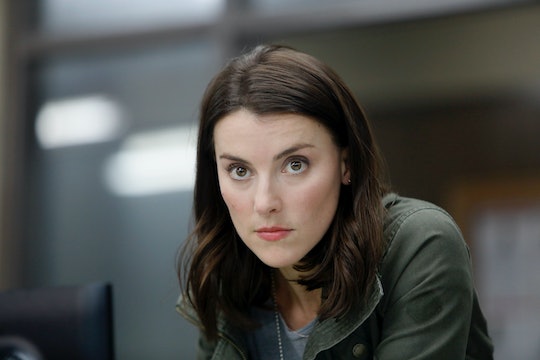 Fuchs Was Killed On 'Cloak & Dagger' & There's Already A Suspect

Even if you aren't too familiar with the characters in the Marvel comics, you know by now that Tandy and Tyrone on Cloak & Dagger are driven by their need to get justice for their loved ones’ deaths. In Tyrone’s case, that means getting Detective Connors to pay for killing his brother Billy years ago. But sometimes justice comes with a price. After Ty (with the help of Fuchs and O'Reilly) got a tape of Conners' confession, Fuchs’ lifeless body was found in O’Reilly’s refrigerator. So the question now becomes, who killed Fuchs on Cloak & Dagger? Does it have something to do with Conners' confession?

The most obvious answer is that Connors killed Fuchs (or hired someone to) and stuffed him in O’Reilly’s refrigerator in retaliation, but it may not be as simple as that. After Fuchs helped get Connors’ confession on tape in Episode 8 Ghost Stories, he was officially arrested. So theoretically he has a pretty solid alibi for the time of Fuchs’ death. However he also has the biggest motive for committing the crime, especially since he was so blindsided by O’Reilly setting him up.

From the beginning of the show, Connors has been knee-deep in secret drug trafficking and dealing activities — and working with Billy's old buddy no less. But this means he could have connections with the means to help him get revenge on the cops who took him down — that being O'Reilly and Fuchs. Yes, being booked for his recorded murder confession gives him an alibi for at least a few hours the night Fuchs was killed, but it doesn't mean he couldn't have had someone else do the dirty work for him. Either way, I fully believe that Connors had a hand in Fuchs’ death and I’m sure it won't be long before O’Reilly finds out how.

Even if there is a small ounce of guilt that Connors has over killing Billy years ago as is suggested by the show, he’s clearly still the bad guy. And that means that taking him down isn't going to be easy. As much as I would like to believe that Tyrone has finally scored a win.

In the promo for Episode 9, Back Breaker, it looks like Connors is out of jail, at least for the time being, and he seems to confront O’Reilly right off the bat. Likely still reeling from her loss, she seems ready to take Connors down by any means necessary — but he’s also out for blood. If he didn't kill Fuchs himself, then it had to have been someone on his payroll or equally as morally stunted as he is (I think).

This show doesn't shy away from the unique issues facing black men going up against white cops, especially in the South, and this episode is no different. The promo also shows Tyrone’s mom pointing out the dangers that come along with accusing a white cop of killing a black kid. We all know how this story goes — the white cops usually win.

Tyrone’s anger and pain has been driven by his need for bringing his brother’s killer to justice and in a way, justice was served. But it came with Fuchs’ death and a whole new cluster of problems Tyrone is going to have to face.