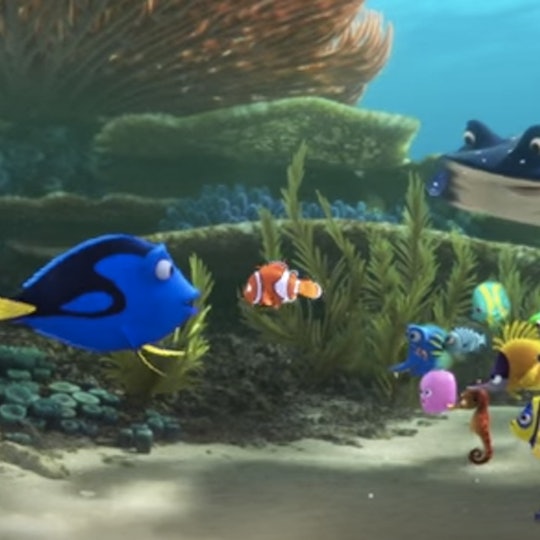 Who Play The Sea Lions In 'Finding Dory'? Fans Of 'The Wire' Might Be Excited

The supporting characters are always the best, aren't they? In fact, as excited as I am for Finding Dory, the long-overdue sequel to Finding Nemo that's being released on Friday, one can't help but wonder if being the mail girl will affect the way we see Dory. In the first movie she felt like a pleasant little surprise, and now she's running the show. Although, based on the previews, she's certainly going to have some fabulous supporting characters backing her up. Like the goofball sea lions, for instance. So who plays the sea lions in Finding Dory, you ask? You might be in for another pleasant little surprise.

Finding Dory is set in Northern California, where sea lions are aplenty. Producer Lindsay Collins spoke at a press event before the film's release, according to Reuters, about how they created their indigenous sea life characters.

"We knew (Dory) was going to be from the Northern California coast, kind of early on. Once that was introduced, it was like, 'OK, now you have sea lions, now you have otters.'

The two sea lions, Rudder and Fluke, were actually voiced by none other than The Wire alumni Dominic West and Idris Elba. And now I'm in love with sea lions, great.

Director Andrew Stanton (who also worked on the first film) had a strangely specific vision in mind when picturing the sea lions for this movie. Who wanted East London gangster-style sea lions. Which you just don't hear about every day, do you? He talked to USA Today about his motivation behind finding the voices for Rudder and Fluke:

"Idris and Dominic are well-trained, dramatic, Shakespearean actors, but they can do comedy like nobody’s business," says Stanton. "They just ran with it. They played jolly and lazy really well.

"But the truth is, I really wanted to witness a Wire reunion," he adds. "So we got them together."

The two actors starred together as Jimmy McNulty and Stringer Bell in HBO's enormously popular series The Wire, and many fans will be excited to at least hear the actors together again (even if their roles are vastly different this time around...)

Director Stanton's gamble on having wiseguy-style sea lions seems to be paying off, though. The sea lions are already proving to be pretty popular with fans who were lucky enough to get a preview of Finding Dory.

So as if any of us needed another reason to go see Finding Dory, now we have two more. Fluke and Rudder, who look to be the perfect blend of lazy and happy. Sea lions after my own heart.