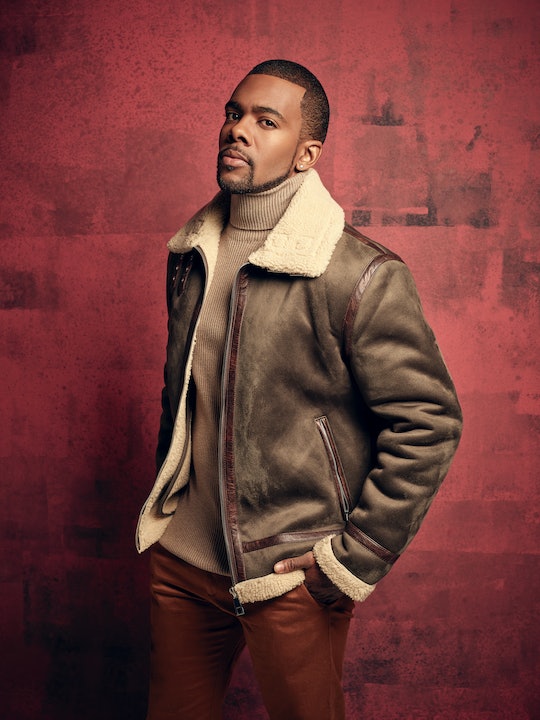 Mario Is Taking On The Antagonistic Benny in 'Rent: Live' This Weekend

Pretty much the only Rent character who actually wants the gang paying rent? That would be Benjamin Coffin III, aka Benny. Womp-womp. But the character's most redeeming quality is that he's usually played by a handsome gentleman with a smooth voice. So with Fox's live version of the '90s musical airing, fans may be wondering who plays Benny in Rent: Live. Mario is stepping into antagonist's shoes.

R&B singer Mario is best known for his music. Some of his hit songs include "Just a Friend," "Let Me Love You," and "How Do I Breathe"? According to his AllMusic discography, he has released five albums: "Mario," "Turning Point," "Go," "D.N.A.," and "Dancing Shadows." His first album, "Mario," was released in 2002, when he was only 16 years old. Since then, he has expanded his career into television and film, with roles in Empire, Step Up, Freedom Writers, as per IMDb.

Mario's acting and musical experience should perfectly prepare him to take on Benny, who is Mark, Roger, Collins, and Maureen's former roommate. But now he's Mark and Roger's landlord. Towards the beginning of Rent, Benny sings a song called "You'll See" to Mark and Roger, in which he explains his vision for their Alphabet City block — and he also threatens to evict them if they don't pay their rent. I have listened to the Taye Diggs version of the song approximately 1 million times since discovering Rent in middle school, and I am confident that it will sound great in Mario's voice.

So, how does Benny go from roommate to landlord? By the time the show starts, Benny has already moved on from the gang to be with his wife, Alison, who is from Westport, Connecticut. Now living a much richer life, Benny has bought the building where he used to live. You'd think he'd let his friends continue to live rent-free, but nope!

And Mario is so excited to be taking on the role of Benny in the live production. In an interview with The Hollywood Reporter, he explains that his own upbringing and then sudden skyrocket to fame at 16 has helped him relate to the character. "Growing up in Baltimore, Maryland, you know, seeing poverty-stricken areas, witnessing a lot of my family members who suffer from substance abuse, and then at 15, 16 traveling the world touring and seeing the different perspective but then coming back to my city and realizing like there's a lot of things I would change about this whole situation," he told the outlet. "I can relate to that in Benny ... The balance of the ego and compassion — I think he's balancing that throughout the whole show."

And Mario will be working with a pretty impressive group of actors in Rent: Live. As per Playbill, Brandon Victor Dixon will play Collins, Kiersey Clemons will play Joanne, Jordan Fisher will play Mark, Vanessa Hudgens will play Maureen, Brennin Hunt will play Roger, Tinashe will play Mimi, and Valentina from RuPaul's Drag Race will play Angel.

Rent: Live airs on Fox on Sunday, Jan. 27, at 8 p.m. ET. And don't let the characters' chants of "We're not gonna pay last year's rent" get to you too much — your Rent is due just five days later.