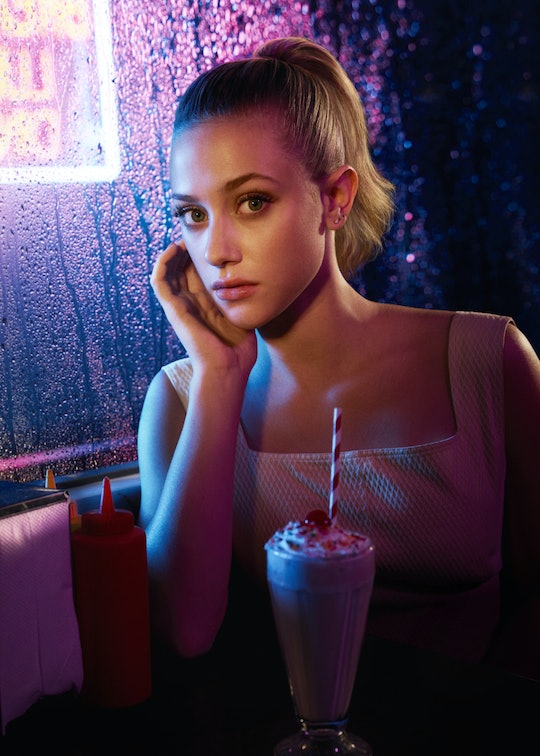 Betty Is One To Watch On 'Riverdale'

The CW’s newest dark teen drama, Riverdale, is surprisingly a TV adaptation of the Archie comics, complete with the title character, Jughead, Betty, and Veronica, the latter two of whom play the alternating love interests of Archie. But who plays Betty on Riverdale? Lili Reinhart is a young but experienced actress who seems more than ready to turn Betty into a strong and important character who is about more than just chasing after Archie and cultivating a rivalry with Veronica.

Before she landed the role of Betty on Riverdale, Reinhart appeared in a number of smaller indie movies, including The Good Neighbor and Kings of Summer, but now that she was cast in Riverdale, the actress is totally embracing the Betty side of her. And rightfully so — if the series does as well as some other adapted TV shows, namely The Vampire Diaries, then Riverdale will have a proper home for many seasons to come.

While you might equate the Archie comic books to something that was way beyond your generation even though new issues are still coming out today, much of the Riverdale cast wasn’t immediately familiar with the comic, including Reinhart. At the very beginning of filming the series, each actor got a big package basically summarizing the comics and overviewing what each of them had signed on for. And Reinhart has fully embraced her version of Betty on Riverdale.

In an interview with KSiteTv.com, Reinhart said, “There’s a lot more to Betty than just wanting to be with Archie. That’s very important for us. It was important that we set that tone for our show, that Betty has a lot more going for her than just Archie.” In real life, it looks like she’s dating someone and has been for close to four years, but it’s not clear if he’s also someone in show business. Since Riverdale is arguably the biggest role Reinhart has had yet, though, her public attention is likely to skyrocket in the coming months.

She’s also vocal about her political beliefs and took to Twitter to show her support during the women’s march in Canada. On Jan. 20, she tweeted, “My heart hurts today. But we need to all stand together, united, and be ready to f*cking fight for our rights as women in America.” Preach. She is also all of us when it comes to getting starstruck by the best females in the business. Basically, everything Reinhart says makes you want to be her friend in real life.

Something tells be that this new Betty on Riverdale is going to be much more than she was in the comics, thanks in part to Reinhart herself. Be sure to check out the Riverdale series premiere, which debuts at 9 p.m. ET on Thursday, Jan. 26 on The CW.