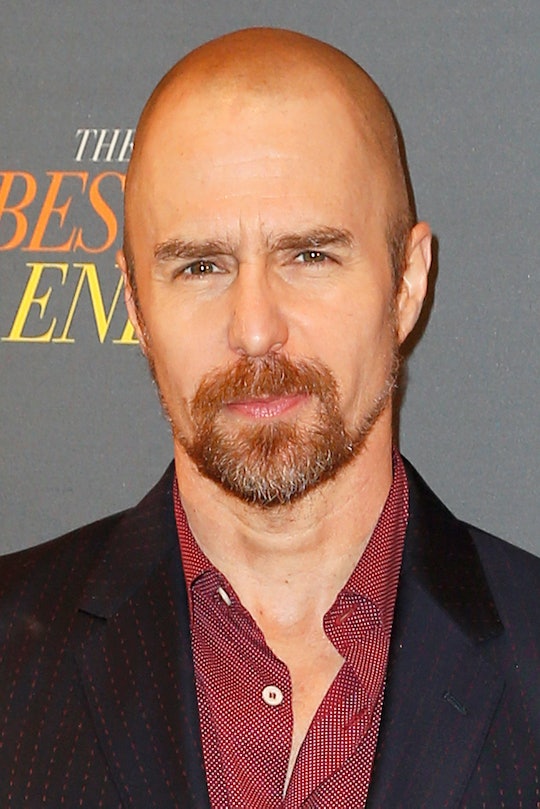 Sam Rockwell Has Taken On Another Big Role In 'Fosse/Verdon'

Even if you’ve never seen a Broadway play, you can appreciate the genius behind Bob Fosse, who left his mark on the industry in the form of shows like Chicago and Pippin and the big budget film Cabaret. He is one half of the subject of FX’s newest limited series, Fosse/Verdon, about his career with business and life partner Gwen Verdon. But it might not be the same without the actor who plays Bob Fosse in Fosse/Verdon, Sam Rockwell. You probably know him from a myriad of TV shows and movies, but most recently, he transformed into George W. Bush for Vice and won an Oscar for his role in Three Billboards Outside Ebbing, Missouri.

But over the course of his career, Rockwell has taken on roles across so many different genres that if you haven’t seen him in a drama, then you have likely laughed to his comedic talents in something else or heard his voice work in a variety of animated projects. Right now, despite having a thriving acting career, he still lends his voice to Netflix’s F is for Family and he’s set to voice a new character in Trolls World Tour in 2020. There’s almost nothing he can't do and no role he can't take on and absolutely kill it with, so it’s no wonder that he was cast for such an important part in Fosse/Verdon.

Rockwell is one of those actors who has been in almost *everything* over the years and who you swear you recognize from something. It might be one of his more recent box office successes or something a little more obscure like The Hitchhiker's Guide to the Galaxy or even Iron Man 2. He has been around for literal decades and he has proven that there is no role too big or intimidating for him to take on, including that of Broadway director and choreographer extraordinaire Bob Fosse.

In a recent interview with CBS News, Rockwell explained that he works with acting and dialect coaches regularly to hone his craft and that it isn’t easy to land the roles he does, as it takes plenty of practice on his part. That might just be some humble actor modesty showing, but it does seem like he throws himself into every role he takes on. He said that with his role in Fosse/Verdon specifically, he was drawn to the role of Fosse because of the Broadway director’s "charisma" and "cool guy" attitude he was known for. "He was a genius, and yet he was also really messed up," Rockwell said. "I guess I’m attracted to characters like that."

Before he was cast in the FX limited series, however, Rockwell already had some dancing experience under his belt — kind of. Like anyone who is a fan of the best movies of the ‘70s and ‘80s, Rockwell learned to dance by watching Footloose and Risky Business. And it’s likely that the acting bug bit him at a young age as he watched his mother struggle with an acting career of her own in New York City and he has been in the business himself in some way since he was a kid.

But just because he has lived and breathed show business for so long and has taken on some pretty heavy roles over the years, it doesn't mean that Rockwell doesn't appreciate his more light-hearted movies. In fact, he told Off Set that Charlie's Angels, in which he appeared in 2000, is one of his favorites from his filmography. Up next, Rockwell has the action/comedy The Heart in the works and will voice a character in Trolls World Tour. He’s definitely not slowing down anytime soon and fans of any genre will likely continue to see him in something new.