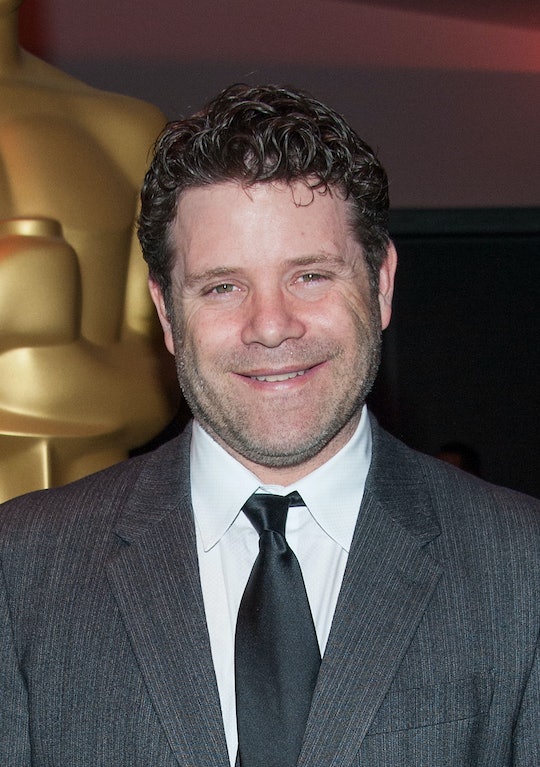 While the kids stole the show in the first season of Stranger Things, it wasn't like the adult characters were boring to watch. On the contrary: Winona Ryder had a gripping performance as Will's mother, Joyce, and David Harbour was also fun to watch as police chief Jim Hopper. I'm usually not one to ship every possible couple, but Joyce and Hopper did have some chemistry going. Fans, though, may be shocked to hear that Joyce has a new boyfriend in the upcoming second season. So who plays Bob Newby on Stranger Things? Sean Astin may be a familiar face to some.

Joyce and Jim went to high school together, but drifted when they started their respected families. What brought them back together was the disappearance of Joyce's son Will, which was the catalyst of the entire series. Other characters believed Joyce was having a mental breakdown because she believed her son was alive and somehow talking to her via Christmas lights. Jim may have been skeptical about the latter, but he certainly believed the former. Hopper was the one who found out that the Hawkins National Laboratory created a fake body of Will to cover up the fact that he was in the Upside Down.

According to David Habour's Reddit AMA, Hopper and Joyce dated in high school. Once Joyce fell for her now ex-husband Lonnie, however, they were over. Hopper started a family of his own, but it had a tragic ending; this is one reason Hopper fought so hard for Will. In flashbacks, viewers saw that his daughter Sara died of cancer and his wife divorced him soon after. With Hopper's help, Joyce and Will's friends were able to save him from the Upside Down. While he and Joyce never went past a platonic relationship during the show, they definitely had "moments."

In terms of Hopper and Joyce's "former relationship," Harbor wrote, "more to be explored in s2 perhaps." I wonder if that's still the case, because if viewers wanted to see them together they may be disappointed, considering the introduction of Joyce's new boyfriend, Bob. "Joyce in Season 2 has a boyfriend named Bob, played by Sean Astin," executive producer Shawn Levy told TVGuide. "Bob really represents kind of normalcy and the normal life that Joyce would love to build in the aftermath of the craziness of Season 1."

Viewers may recognize Astin as Samwise Gamgee from the Lord of the Rings franchise. Not only that, but he was Mikey in The Goonies! Stranger Things is all about 1980s nostalgia, so casting the main character from one of the decade's most iconic films was definitely a good choice. I'm not sure if viewers should fall in love just yet, though: at San Diego Comic Con, Levy said Bob is "kind of going to be the Barb of Season 2." Seeing as Barb had an untimely end, that may not be good news. Levy seemed to mean that Bob will be a beloved character of the season, not that he'll die a gruesome death: "I think [Bob] is going to be a Barb level fan favorite," he added. (I'm still suspect, though.)

So I guess Bob is apparently awesome and honestly, Joyce needs normalcy after Season 1. But what about Joyce and Hopper!? Levy told TVGuide, "I think it's a someday thing." He continued, "I'm not going to say more than that, but I, too, am rooting for Jopper." Hmm, interesting. Levy also commented at Comic Con that Bob has a much bigger role than Barb's, so the audience will get to know him more. Is this all just a distraction from "Jopper," though? I have no idea, but I'm glad that Joyce's new boyfriend will be a likable person (in the beginning, at least).