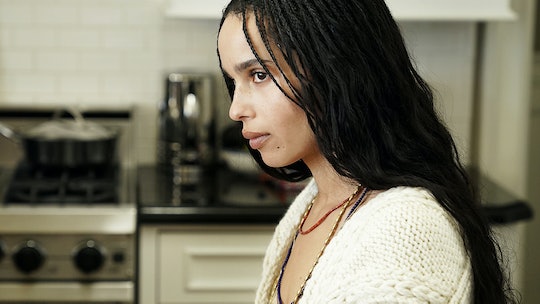 Mary Louise might be the biggest and baddest addition to the Big Little Lies cast, but Bonnie's parents have arrived to alter the show's dynamic even further. The second season of the HBO series introduced fans to Elizabeth and Martin Howard, and their debut has exponentially increased worry for Bonnie's past, present, and future. Although fans have applauded Crystal Fox's portrayal of Bonnie's mom thus far, others have been growing curious about who plays Bonnie's dad on Big Little Lies. Martin Donovan has been around for years, so chances are, you've seen his face before.

According to Donovan's IMDB page, the 61-year-old actor has been in the business for over three decades, starring in his first gig back in 1982. Early on, Donovan starred in classics like The Opposite of Sex with Christina Ricci, Insomnia with Al Pacino, and Saved! with Mandy Moore. Since then, the actor has portrayed characters like Zaman Druce in DC's Legends of Tomorrow, Peter Scottson in Weeds, and Mitchell Carson in Marvel's Ant-Man. Now in addition to his recurring role on Big Little Lies, Donovan has a slew of project underway, including Dreamland, The Art of Racing in the Rain, and the TV miniseries Dead Still. So get ready to see more from Donovan soon.

When Donovan was cast as Martin Howard on Big Little Lies, TV Guide uncovered a few details about the actor's character. Per the show's original source material — a novel written by Liane Moriarty — Bonnie's father was notably abusive, leaving both Bonnie and her mother victims. However, prior to the Season 2 premiere, TV Guide reported that Bonnie's mother was the one described as "controlling and emotionally abusive." And now, it looks like the Howard family dynamic isn't going to be anything like it is in the book.

In the first few episodes of the second season, Donovan's character took a backseat. Fans discovered that Elizabeth had issues with alcohol while Bonnie was growing up, and it soon became abundantly clear that the mother-daughter duo have a complicated relationship.

In an interview with Fox, Entertainment Weekly pondered if — unlike the novel — the perpetrator of domestic abuse could be Bonnie's mother, rather than her father. The actress revealed that the idea wasn't "outlandish." So it's possible that Big Little Lies will continue to shift the focus on Bonnie and Elizabeth in upcoming episodes.

That said, there's still plenty of story to unfold as the second season continues to unravel. Speaking with Vulture, Fox shared that her perspective on Elizabeth and Bonnie's relationship has changed since she was first cast. She said:

When I was first coming into the show, who I thought I was, and how I thought our relationship was, was so different. What I read for my audition was different than what they wanted it to be once I got there. I didn’t know that until Andrea [Arnold] greeted me. She told me how happy they were that I was there, and that the decision for me to be cast was unanimous in the room. And then she said, “And I’m sorry you’re going to have to be such a bitch!” After seeing how the scripts unfold, I understand what [Andrea] meant. But it changed how I thought Elizabeth would be. It’s so hard to explain, because it was complicated and challenging, but real relationships are like that anyway.

And with the fourth episode teasing the possibility of Bonnie's death, who knows where Elizabeth — and Martin — will take the show next. So stay tuned. Big Little Lies Season 2 continues every Sunday night on HBO.