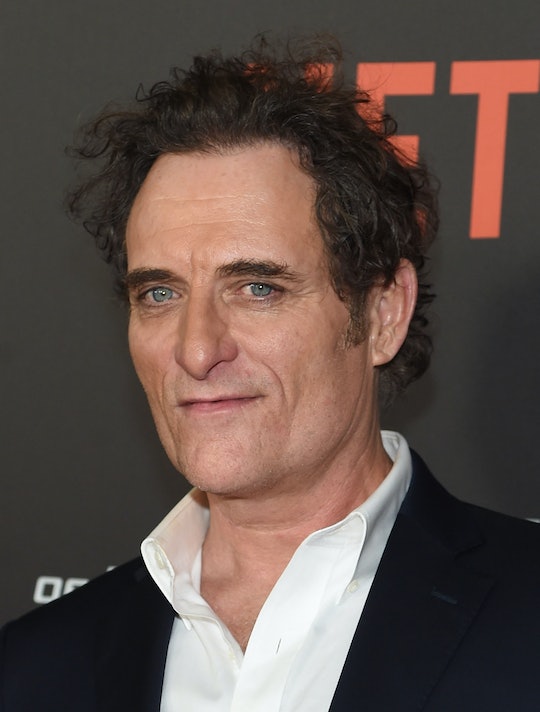 Netflix’s new series, Bad Blood, is turning out to be a treat for true-crime fans. The series tells the story of the real-life Canadian mafia kingpin, Vito Rizzuto and his fictional right-hand man, Declan Gardiner. The actor cast as Declan has a familiar face, so you may be wondering, who plays Declan on Bad Blood? Actor Kim Coates has taken on the role of the mafioso’s go-to guy.

The Canadian actor has been working in the industry for over three decades, but you may recognize him from his recent role as Alexander “Tig” Trager from Sons of Anarchy. Coates has had a number of recurring roles on popular TV shows over the years, including CSI: Miami, Prison Break, Crossing Lines, Smallville, and Godless. Along with these notable TV roles, Coates has been in a number of blockbuster films, like Waterworld, Black Hawk Down, and the 2011 Canadian sports comedy Goon, which earned him a Canadian Screen Awards nomination.

In Bad Blood, Coates plays Declan Gardiner, Vito Rizzuto’s top lieutenant. Because of his loyalty and efficiency, Rizzuto tasks Gardiner to supervise all of the mafia’s inner and outer dealings, which includes keeping an eye on Rizzuto’s own family. Rizzuto’s character is based on a real person, but Declan’s character is fictional. According to Refinery29, some people have suggested that Declan’s character may be loosely based on Raynald Desjardins, a real-life mafioso who was once a associated with Rizzuto.

When speaking to Pop Culture, Coates explained that Declan is an intense character with emotional complexities, which is why he’s so exciting to watch. "Declan Gardiner, he's a perfect example of this guy was born to be a mobster, but there's always someone darker, or worse, or more ruthless —that's what makes you want to watch these characters,” he told the outlet. “Some of the scenes I had in the first season, I didn't say a word, but it was all seen through my eyes. In other scenes, I couldn't stop talking. He was a powder keg that didn't explode very often, because he kept all his emotions in."

For fans of the series, there is good news. Season 2 of Bad Blood has already aired on Canadian TV, and while there’s no official release date yet, it’s just a matter of time before it comes to Netflix. But unlike Rizzuto’s true-crime story told in Season 1, the show’s second season will take a fictional shift to Declan and his rise to power within the organization.

In an interview with Brief Take, Coates talked about the new season and where it picks up in Declan’s storyline. “This is all fictional now. It takes place five years later — I own the ports, I own Montreal and you find out how that came about. I’m a lone wolf, I don’t like working with anybody, very unlike Vito,” said Coates. “Vito wanted everyone to get along, everyone to work together, we’ll all win if we stay together. Declan, he’s much more himself, much more working his way to the top by himself, he doesn’t trust anybody.”

So, if you were captivated by Coates’ performance as Declan Gardiner, you can look forward to seeing more of him in Season 2 of Bad Blood.

Season 1 of Bad Blood is currently streaming on Netflix.