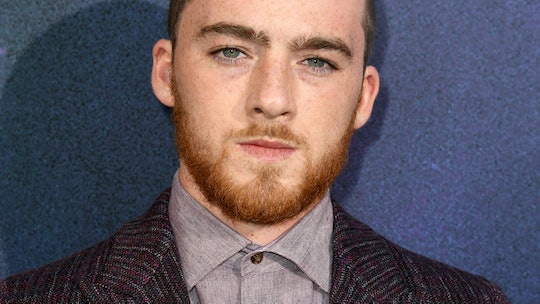 I Guarantee That You've Never Seen Fezco On 'Euphoria' Before

Coming from the same premium network that brought viewers shows like Westworld and Big Little Lies, it's no surprise that Euphoria captured the hearts of fans throughout the nation. The latest HBO drama far exceeded the "please don't unsubscribe after Game of Thrones ends" stunt everyone thought it would be. And on its own, Euphoria is generating quite a bit of buzz for its explicitly real portrayal of sex and drug use. However, it's the cast that truly shines, which includes big names like Zendaya, who plays Rue, as well as newcomers like Angus Cloud, who plays Fezco on Euphoria.

If you questioned whether or not you've seen Fezco before, you haven't. Per Twitter, Cloud graduated from Oakland School for the Arts back in 2016. In an impressive turn of events, the rookie actor is now getting his big break merely three years later — without any small roles to fill in the gap. According to Cloud's IMDB profile, the actor is a newbie when it comes to the entertainment business, and his only acting credit is his role as Fezco on Euphoria. Yup, he's that fresh.

But, if you feel like Cloud has a familiar face, the internet has already spoken. When Euphoria premiered on Jun 16, fans were quick to point out that Cloud looked like the late Mac Miller. And now it's been said, I cannot unsee it.

Given Miller's devastating death in 2018 and Euphoria's sensitive subject matter, fans questioned if Cloud's casting wasn't a coincidence. Although representatives from HBO haven't come out to confirm or deny the theory, the resemblance feels almost unreal.

One fan wrote, "The actor who plays Fezco on #Euphoria looks and sounds a lot like Mac Miller I started crying watching Fez take care of Rue knowing that Mac died from a fentanyl OD."

Regardless, Cloud continues to win over fans for his portrayal of Fezco in Euphoria, which turns the drug dealer trope on its head. As you know, the HBO series is filled to the brim with problematic characters. So it was nice to see that Fezco, Rue's drug dealer, has a heart of gold. In the first two episodes, fans watched as Fezco did everything he could to protect Rue. And seriously, it's hard not to support this friendship.

Cloud's acting chops aside, not much is known about the actor or his personality outside of the show. But after a bit of digging, I found Cloud's Instagram account under the handle @anguscloud. While the account is just as new as the Oakland actor's resume in the business, Cloud shared a bunch of behind-the-scenes pictures with his fellow castmates, such as Nika King (Leslie Bennett), Javon 'Wanna' Walton (Ashtray), and Barbie Ferreira (Kat Hernandez).

You can also find the actor on Twitter, which was created when the HBO series premiered on Jun. 16. Although the actor doesn't seem to interact with it often, he occasionally promotes Euphoria from time to time.

We might be two episodes into Euphoria, but there's still plenty of story to unpack in upcoming episodes. That being said, if anything happens to Fezco, who is an actual cinnamon bun, then fans will be prepared to riot at dawn.