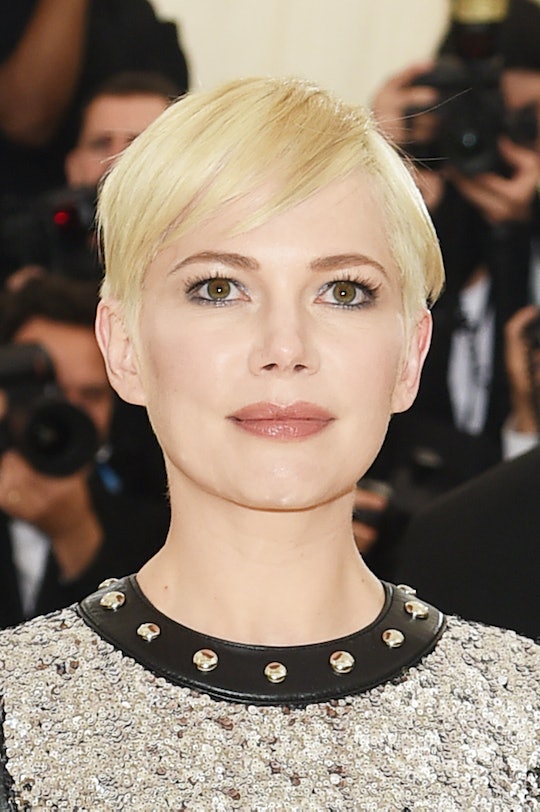 If you were ever a fan of Cabaret or Chicago, then chances are, you can appreciate the real life story behind director and dancer team Gwen Verdon and Bob Fosse in FX’s limited series Fosse/Verdon. The Broadway pair were also real life lovers and, eventually, husband and wife, who made waves in the industry for their talents. So you have to expect that the actress who plays Gwen Verdon in Fosse/Verdon, Michelle Williams, will do her justice.

Williams, who might be most well known for her roles in The Greatest Showman, Brokeback Mountain, and yes, Dawson’s Creek, has been in the business for years and although she has consistently worked in big budget movies, she is no stranger to Broadway either. In fact, she played Sally Bowles in Cabaret in 2014 and also had a part in Blackbird in 2016. So while playing a legend like Verdon might have been a daunting task for her, she already had some experience as a stage performer to help her prepare for the limited series.

Outside of show business, Williams famously dated actor Heath Ledger with whom she has one daughter, and other than consistently working, Williams’ life seems to be about her family more than anything.

In an interview with Vanity Fair last year, Williams opened up about life in and out of the public eye and how she has worked hard to keep her daughter with Ledger shielded from the attention and scrutiny that came shortly after his 2008 death.

"It was unmanageable to be stalked like that every moment of the day. So I left, in a desire to create a sane home environment," she said, of trying to keep her daughter out of the spotlight to live a more normal life. "When you're a single parent, and that element of provider and protection is missing, it's scary."

She recently married longtime boyfriend singer-songwriter Phil Elverum in an intimate ceremony and she’s continuing to try and keep her private life out of the public eye to give her daughter, and now also her step-daughter, some semblance of a normal life away from the prying paparazzi. That seems to be the trend for Williams, which is likely why she has chosen not to share her life with the world via social media and honestly, you can't really blame her for that.

At heart, Williams seems to be an old soul who would rather trade social media and smartphones for classic pieces of literature and in a way, she’s almost too good for show business. She recently told Elle UK that she just doesn't understand social media, despite it being such a big part of the world today. “It’s a little ridiculous to be so unknowledgeable about the thing that has sort of taken over the world,” she admitted. “I guess I don’t relate to it, which probably makes me irrelevant.”

She said that she was raised on novels by Ralph Waldo Emerson, Walt Whitman and Henry David Thoreau and that "they planted seeds and they’re sort of still there." Seeds which, according to Williams, "don’t really grow on the internet." That’s fair enough and understandable since she would rather keep most aspect of her private life private.

Unfortunately, it means that there are a lot of aspects of her life that are unknown to the general public, but if she has found her perfect balance between fame and semi-anonymity with her family, then she is doing something right. Next up, Williams is set to play Janis Joplin in Janis, a biopic about the famed singer, and she will star in The Challenger, another biopic, about the 1986 NASA Challenger shuttle. Basically, there's nothing Williams can't do while maintaining some semblance of a private life.