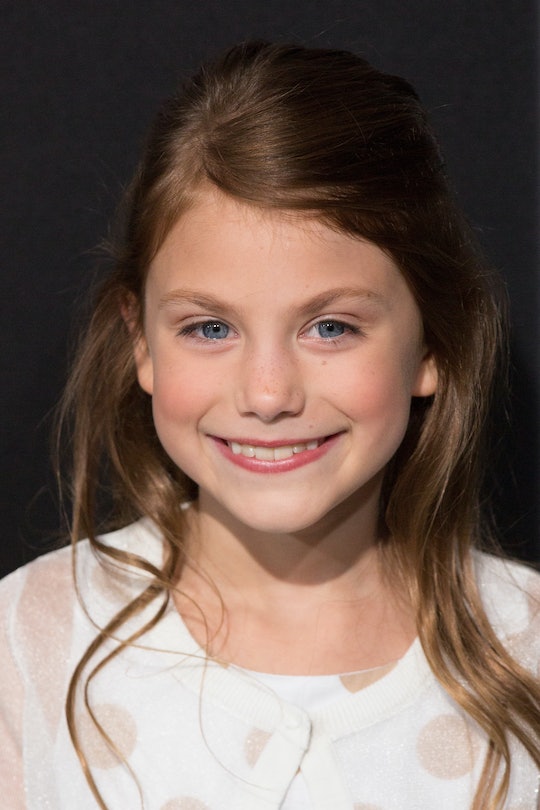 Is it just me or are young child actors becoming more and more talented with each passing year? Seriously, some of these kids are so talented that it makes me look back on my own childhood and feel lazy. Just take Lake from the new ABC series Ten Days in the Valley. She is a prime example of what I'm referring to. The actress who plays Lake on Ten Days in the Valley, Abigail Pniowsky, is just nine years old, but in addition to the new series starring Kyra Sedgwick, she’s also had some other pretty impressive roles under her belt, so she’s definitely not one to underestimate.

Before landing the role of Lake on Ten Days in the Valley, Pniowsky was in Arrival and then the horror movie The Midnight Man starring Robert Englund. And right now, in addition to Ten Days in the Valley, Pniowsky is also part of the Syfy’s anthology series Channel Zero. And all this is within the past few years alone. Although she’s still so young, Pniowsky got into acting at an even earlier age when she began taking classes at the age of five. (See what I mean? I told you this kid was impressive!)

Pniowsky began her foray into acting by taking classes at the Expressions Film Studio in Winnipeg and according to her mother, Tracey Pniowsky, Abigail was a quick learner while shooting Arrival with Amy Adams. "We were thrilled for Abby because Adams is great to work with, and had a wonderful way on set," Pniowsky's mom told the Winnipeg Free Press. "[Adams] was a great model for Abby." Abigail, who at the time was just six years old and had taken on the big budget movie role with ease it seems, added, "It’s fun because you get to pretend."

Not only does Pniowsky work on both TV and movies, but her sister Anna does as well and in the past, the two have appeared in the same movies, no doubt making rehearsals much more fun for both of them. Ten Days in the Valley isn’t exactly friendly viewing for your typical child, but since Pniowsky has experience in both science fiction and horror, co-starring in the new thriller series about a young girl getting kidnapped in the middle of the night shouldn’t be too difficult for her to tackle.

And she’s apparently already made an impression on her Ten Days in the Valley co-stars, as Adewale Akinnuoye Agbaje recently posted an Instagram photo of himself with the young actress behind the scenes.

Erika Christensen, who stars on Ten Days in the Valley as Sedwick’s sister, also posted a photo on Instagram commending Pniowsky as a budding actress, calling her "absolutely amazing."

Ten Days in the Valley is one of ABC’s new fall shows and kind of meta, in a way. Sedgwick plays the showrunner of a crime drama who finds herself at the center of her own real life true crime story when Lake is presumably kidnapped in the middle of the night. And since IMDB has Pniowsky listed to play Lake for eight out of the 10 episodes of the show’s first season, it’s clearly a big role for the young actress.

Pniowsky was also recently nominated by the CESD Talent Agency for a Joey Award recognizing her talent as an actress, and at under 10 years old, that’s a pretty big accomplishment. She might be the missing daughter on Ten Days in the Valley, but what viewers see of Pniowsky will more than likely wow them.