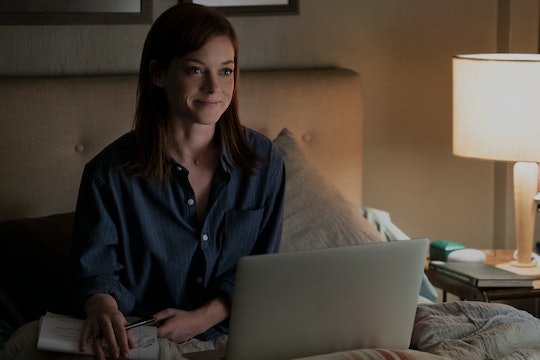 The trailer for Netflix’s upcoming anthology series What/If leaves a lot up to the imagination but the general idea is clear. A billionaire businesswoman makes a young entrepreneur a deal to invest millions of dollars into her business if she grants the women a night with her husband. It sounds like a take on the 1993 movie Indecent Proposal, but it’s a lot more involved than that. Luckily, the actress who plays Lisa on What/If, Jane Levy, and stars opposite Renée Zellweger, has enough acting credits on her resume to easily tackle this role, however layered it might be.

Right now, it’s hard to say how bad Zellweger’s character is and how inherently "good" Levy’s is, as the trailer for What/If is more sexy and mysterious than informational. It paints a picture of a naive but hopeful young business owner who is immediately conflicted about this magnate’s proposal. And it seems like there is more to Levy’s character Lisa than just one dimension of struggling with the idea of selling her husband for an evening in order to finance her business. Judging by Levy’s past as an actress, she has the experience to take on the role with a vengeance, whether Lisa turns out to be the hero or the unexpected antagonist.

You might remember Levy on TV best for her role as Tessa in the ABC comedy Suburgatory, but she also had a starring role in the 2016 horror thriller Don't Breathe opposite Dylan Minnette from 13 Reasons Why. She was also in Castle Rock on Hulu, but clearly streaming platform hopping is a thing, so she might be able to return to the series even if she is tied to the first season of What/If. Levy’s first big role was as Mandy in Showtime’s Shameless. Although she played the character for just one season before she was recast, it was the first step in the door to what would be a busy career over the next several years.

One of Levy’s most notable roles in film was probably the 2013 Evil Dead remake in which she starred as Mia. At the time, she told Collider that it was one of the most physically taxing roles she had ever taken on. She was still on Suburgatory at the time, which she said was "like going to the spa" compared to the toll that filming Evil Dead took on her. But clearly Levy isn't afraid to take on different roles if it means widening her acting scope.

According to Levy’s Instagram, when she’s not preparing for her next big role, she’s taking yoga classes, spending time with her cat, or hanging out with her apparent celebrity BFF Mae Whitman. She even promotes Whitman’s NBC series Good Girls, which is kind of amazing. Most recently, Levy was rumored to be dating fellow actor Thomas McDonell and while it's unclear if they are still together, she did recently tag him in an Instagram video.

Up next, Levy will co-star in NBC’s comedy/musical series Zoey's Extraordinary Playlist in 2020 with Skylar Astin. The show is about a girl who can suddenly hear the thoughts of other people, but in musical number form. Basically, it’s going to be one long musical show, proving once again that Levy is unafraid to take on essentially any genre.

Since What/If is an anthology, there’s no guarantee that Levy will return for any other future seasons, so her focus might be on Zoey's Extraordinary Playlist for the foreseeable future. I still wouldn't count Levy out for pretty much any other genre in TV or movies, though, and I’m sure her star is only going to continue to rise.