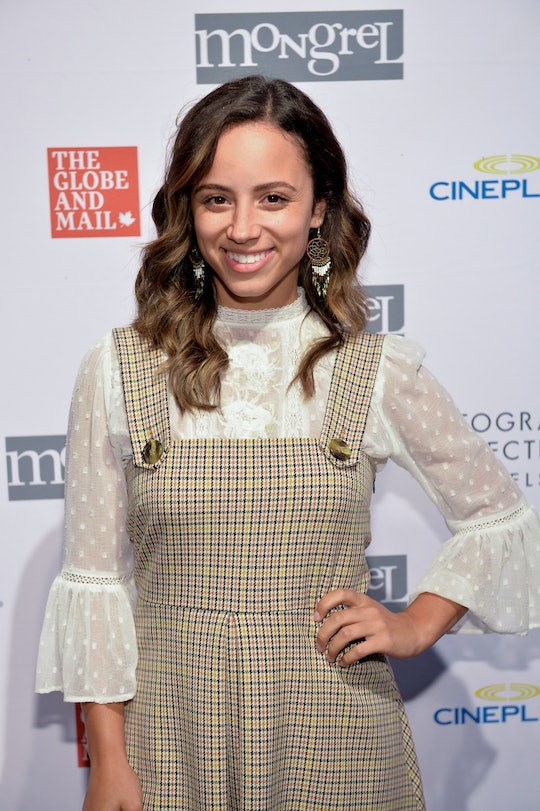 Trinkets is the friendship love story of what happens when three shop-lifting delinquents meet in a kleptomaniacs support group and decide to be thieves together. Some of the cast are fairly new to show business, but the three main cast members will definitely have you curious about who they are. And the actress who plays Moe On Trinkets, Kiana Madeira, already has some big acting credits under her belt.

You might recognize her as Spencer from The Flash, but she was also in the Facebook Watch horror drama Sacred Lies. Madeira was in an episode of the short-lived series My Babysitter's a Vampire too, but this might very well be her biggest break yet. She is one of the three main stars of the new Netflix teen comedy and besides Trinkets, Madeira has some other big projects in the works.

Up next, Madeira will be in She Never Died, an action/comedy/drama that is a follow-up to 2015’s He Never Died. After that, she will in both Fear Street and Fear Street 2, which are based on the R.L. Stine book series that was a little more mature than Goosebumps. Needless to say, Madeira’s star is definitely on the rise.

Although this might be Madeira’s biggest role so far in her career, she told InqPOP! in an interview that it was more than a paycheck that drew her to the role of Moe on Trinkets. "I really wanted to be part of Trinkets and play Moe because there’s something very mysterious about her," she said. "And also as Brianna said, I haven’t played a character like her before. When we auditioned for the project, we only got to see the first episode so there’s always a mystery to the show and I didn’t know where the story is going. I really want to know more so that’s the huge reason why I wanted to be a part of it."

She also said that the show sends an important message to young viewers to "allow yourself to be in more than one thing" and "surround yourself with people who will support you and understand you."

Madeira was born and grew up in Toronto, but her career has taken her all over on all kinds of different roles, from action and horror to comedy and drama. Her career might be starting to really take off now, but she has been working hard at it for the past 12 years. And through Instagram, she has remained as authentic as possible to really connect with her fans.

In October of last year, Madeira posted about her struggles with anxiety and admitted that even as an actress, social media can be a hard pill to swallow at times. "I’m working on myself, my anxiety towards body image and striving to love myself unconditionally," she wrote in a caption. "But it’s not always easy. Mental health is SO important. Talking about it matters." She urged her followers to get help if they feel like they need to or to even message her if they need someone to talk to.

According to Madeira's Instagram, she is dating her former Coroner co-star Lovell Adams-Gray and they seem like they are totally in love. She frequently posts about their relationship or praises him for his own acting jobs and it’s the kind of supportive relationship you would hope two budding actors could have together.

It's still too early to tell how long Trinkets will last or if the Netflix series will be given just one season to prove itself and nothing more. But Madeira’s career seems like it is going places regardless of how much success she finds as Moe on Trinkets.