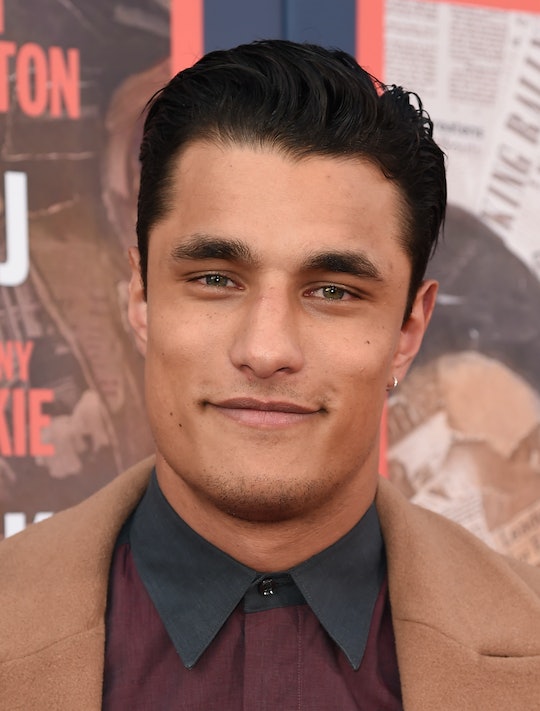 Who Plays Rocky On FOX's 'Rocky Horror'? Staz Nair Is Perfect For The Role

If you've ever seen the original Rocky Horror Picture Show, then you know how important it is to have a Rocky who is not only beautiful, but plays the part of Frank-N-Furter's boy toy in the best way possible. Of course, we need one who provides some eye candy, but he should also be able to move in those tiny gold shorts and play the modern Frankenstein to a T. So, who plays Rocky on the FOX Rocky Horror remake? Model/actor/musician/whatever else he sets his mind to, Staz Nair will be taking on the role of Rocky in the new Rocky Horror installment and judging by the previews and quick shots we've seen so far, he looks like he's filling those gold shorts perfectly. Pun not intended... then again. (JK, sorta.)

While Nair is obviously almost too good looking, it's his dance moves and acting skills that make him really suited for the role of Rocky. Obviously, his looks likely played a part in nabbing the role because, well, Rocky has always been meant to be beautiful, but he wouldn't be nearly as fascinating if he just sat there with a doe-eyed look on his pretty face the entire time. And With Nair, we are definitely not going to get that.

Before Nair took on the role of Rocky in the Rocky Horror remake, though, he was best known for modeling and sometimes acting. His most recent role was in none other than Game of Thrones, as a Qhono, a Dothraki who was part of the large army leading Daenerys back to camp while kind of taking her prisoner to live out her days in Vaes Dothrak. He appeared in a total of three episodes, but he fit right in with the requisite long hair and Dothraki scowl. I would love to say that maybe we'll see him again, but Daenerys set most of those men on fire, so probably not. Though stranger things have certainly happened on this show, so who knows?

Before that, Nair appeared on The X Factor UK as a contestant in a group called Times Red, a beat-boxing boy band who auditioned with Amy Winehouse's Rehab and did very well. (If you can sing a classic and not totally butcher it, you're kind of golden.) He hasn't done much with music lately, but Nair's role as Rocky in Rocky Horror will entail some singing, much like in the original, so he'll be busting out that singing voice again for the movie.

FOX's Rocky Horror remake airs Thursday night at 8 p.m. EST with Laverne Cox famously headlining it as Dr. Frank-N-Furter. Trust me when I say this is one production you won't want to miss.

More Like This
Rihanna & A$AP Rocky’s Baby Is Here!
5 Kid-Friendly Movies To Celebrate The Last Day Of School
Prince George Has Apparently Known He'll Be King Someday For A While Now
These TV Show's Graduation Episodes Will Tug At Your Heartstrings