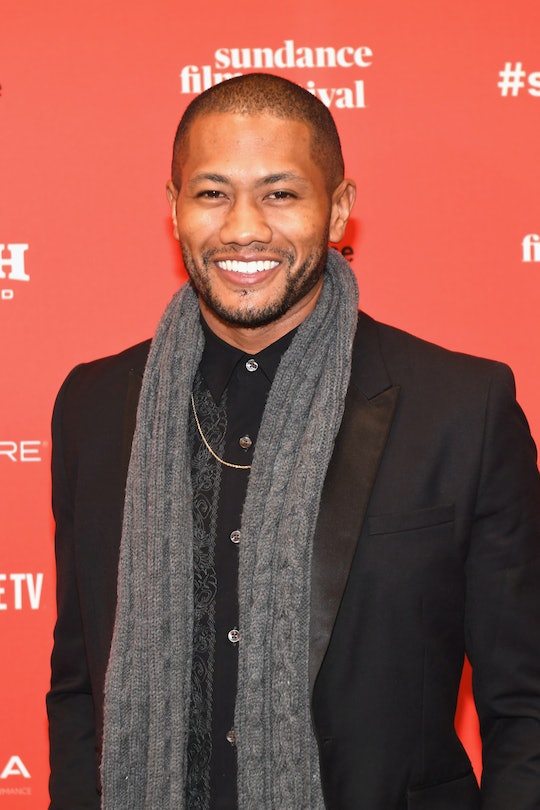 The beauty of a show like Netflix’s new zombie apocalypse horror Black Summer is that the actors don't have to be well-known celebrities to pull you into the story. In fact, sometimes it’s easier to have lesser known actors playing these roles so that the story itself is more important than seeing a big name make an appearance. Like the actor who plays Spears in Black Summer, for example. Justin Chu Cary might be a fresh face for some viewers, but so far, he has done well as one of the unwitting heroes of the show.

But before he landed one of the main roles in the newest zombie show to make you scared to turn off the lights and unable to finish your dinner, Cary was already knee deep in the arts in another way. In addition to acting, Cary uses writing and graphic design to create art that he features on his Instagram and on his personal website. He’s also a photographer, but something tells me it doesn't really matter what the medium is. If there is something artistic to be done, Cary is all about it.

He is described on his website as "a trans-disciplinary artist who uses acting, writing, and graphic design for a unique blend of storytelling. A voracious learner, he’s the type of person who one day goes, 'I think I’m gonna learn how to make websites.' And then, two days later, is fluent in 3 different coding languages. Across mediums, Justin is pushing the boundaries of what any one of his fields can mean."

Although none of Cary’s past roles have been quite as popular as Spears in Black Summer, he has appeared in TV shows like Days of Our Lives, Lucifer, and NCIS over the years. But, arguably, Black Summer is his most notable role to date and after spending more than 10 years in the business, his big break was a long time coming. However, you might recognize him from 2018’s Blindspotting too. Although he didn't have one of the main roles, it was arguably a big deal for Cary, as it was one of his only forays so far into movies rather than more TV.

He has also done his share of theater work. In 2012, Cary was in the play In the Red and Brown Water in Los Angeles. He was also in the 2017 play The Meeting about a fictional meeting and conversation between Malcolm X and Dr. Martin Luther King Jr. and was nominated for three NAACP awards. When he’s not keeping busy with TV, theater, or other visual arts, Cary seems to spend a lot of time with family. Of the few personal photos on Instagram, there are a few shots of him with his mom and it’s kind of adorable.

Cary also seems to be pretty close to his brother with whom he created a comic series called BLVCK in 2015. There’s never much of a lull in Cary’s creative side and it looks like he is always working on something, whether it’s more acting in TV shows, movies, and theater, or creating something else for fans to eat up. He has clearly worked hard to hone his craft and creativity and so far, he has played one of the stronger characters in Black Summer.

It’s not clear what’s up next for Cary after Black Summer or if the show is getting a Season 2, but recently, he voiced a character in the short Tokyo Ghoul: Re - Anime, so there’s next to nothing he is afraid to try out as an actor and performer. Hopefully he will get the chance to continue as Spears if Black Summer is renewed because the show might not be the same without a serious and dedicated talent like his.

More Like This
'Workin’ Moms' Season 7 Is Reportedly In The Works! Here’s Everything We Know
The Best Family Movies & Shows Coming To Netflix October 2022
Exclusive: Three Siblings With Super Powers Protect National Parks In Spirit Rangers
'Yellowstone' Has An Exciting New Cast Member For Season 5