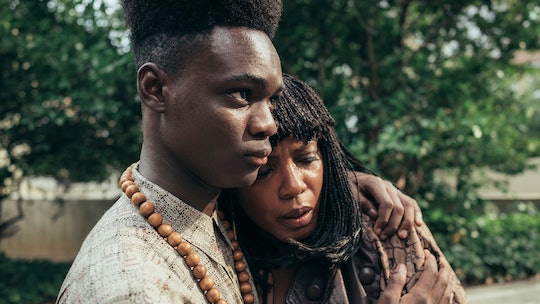 In 1989, the infamous Central Park jogger case swept America in an onslaught of frenzied media. Five black and brown teenagers — Raymond Santana, Kevin Richardson, Antron McCray, Yusef Salaam, and Korey Wise — were wrongly convicted of the assault and rape of jogger Trisha Meili. Now, over 30 years later, Netflix is releasing When They See Us, the powerful Ava DuVernay-directed miniseries that focuses on the lives of the five innocent men. So who attacked the jogger in the Central Park case? When They See Us questions the American criminal justice system and TBH, it's pretty grim.

Although the five teens — dubbed the Central Park Five — were falsely convicted of a crime they did not commit, justice was not served until Matias Reyes confessed to the crime twelve years later. According to New York Magazine, Reyes, who was already a convicted murderer and serial rapist serving a 33 years to life sentence, admitted to attacking Meili. The DNA collected from the crime scene, which never matched with any of the accused, matched with Reyes. The five men were then exonerated in 2002 and later won a $41 million lawsuit against New York City in 2014.

“Y’all don’t really understand what we went through. Y’all tried to dehumanize us as human beings,” Richardson said, per New York Public Radio. “But we still here. We’re strong.”

From the media circus to the prosecutors, it was clear that everyone who had a voice got the case wrong. In an interview with NYPR, professor Paul Butler of Georgetown Law explained:

People who have been wrongfully convicted, one out of four of those people confessed. They told a lie in order to get the police [to stop] doing what the police were doing which is usually applying enormous psychological, emotional coercion.

And that's exactly the story When They See Us tries to tell.

A key player in the media hysteria of the Central Park case was none other than Donald Trump. Per Newsweek, Trump spent over $85,000 on full-page ads in widely popular publications with salacious headlines like "BRING BACK THE DEATH PENALTY. BRING BACK OUR POLICE."

Then following the 2014 settlement, Trump continued to question the Central Park Five, ignoring the coerced false confessions. “They admitted they were guilty,” he said, according to Newsweek.

That being said, while there have been strides in our society, DuVernay makes it clear that things may not be as progressive as we would like to believe. Speaking to Vanity Fair, the director revealed that she wants When They See Us to show just how little things have changed.

"I wanted it to come out this year because [it's a reminder] of how far we've not come," DuVernay said. "And for a key player in it to be the leader of the free world makes it all pretty important to take stock 30 years later."

In an interview with USA Today, DuVernay explained that the underlying themes in regards to the American criminal justice system, race, and politics all connect When They See Us and the Central Park jogger case to what's happening in 2019 today. DuVernay said:

The thing that's most important for me is the unmasking of what we call the American criminal justice system, which is inherently unjust. Beyond race, it's important that we know all of the levers that are pulled, all the profit that is being made, all of the political gain that is at the heart of locking millions of people away behind bars. If there's anything I want people to know, it's that yes, race and class are at the core of a lot of it, but it's political. It's profit-based. And it's something that can be changed if enough of us wake up and understand how we're pawns in it, how our tax dollars are being used, and decide that we want to do something about it.

When They See Us might bring viewers back 30 years, but DuVernay's story about the Central Park Five is still relevant today. So, pay attention, America. This is your wake-up call. There's still plenty of work to be done.

When They See Us premieres May 31 on Netflix.