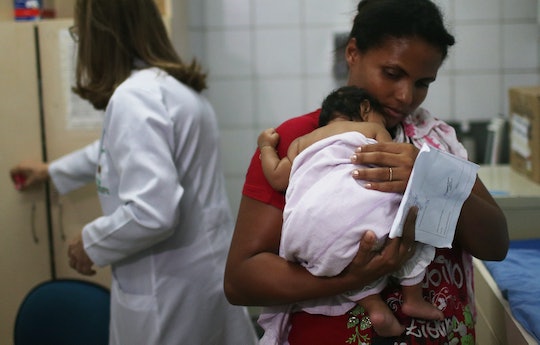 Officials from the World Health Organization announced Thursday that they've convened an emergency meeting scheduled for Monday to determine whether the spread of the Zika virus should be declared a public health emergency, according to the New York Times. The WHO said Zika virus is "spreading explosively" in the Americas, and Dr. Margaret Chan, the director general of the WHO, has said that the "level of alarm is extremely high."

Although Zika infection itself is generally mild; symptoms include fever, rash, joint pain, conjunctivitis, muscle pain, and headache, and usually persist for about a week. But the big concern is infections in pregnant women, which are thought to cause microcephaly in unborn children (a condition marked by an abnormally small head and an underdeveloped brain). In Brazil, ground zero for the outbreak, reported cases of microcephaly have climbed to 4,180 since October. Prior to the outbreak, Brazil recorded only about 150 cases of microcephaly a year. Zika virus has now spread to 24 countries, according to the Centers for Disease Control and Prevention, and there is currently no vaccine, no cure, and no rapid diagnostic test to determine whether someone has been infected. In a speech on Thursday, Chan said that she was “deeply concerned about this rapidly evolving situation.”

The CDC cautioned pregnant women against visiting affected areas, which are spread throughout the Caribbean, Central America, and South America. As of yet, no cases of U.S. infection have been reported, although some U.S. citizens have contracted the virus abroad and returned infected. The virus is spread by the bite of the Aedes aegypti mosquito, which is not native to North America, but the American Journal of Tropical Medicine and Hygiene reported finding Aedes aegypti far north as Washington, D.C. When visiting an affected area, the CDC recommended that travelers utilize bed nets and window screens or air conditioners, wear long sleeves and pants, use an insect repellent containing DEET, picaridin, or IR3535, and treat clothing with permethrin.

Even pregnant women in the Southern U.S. should take precautions such as using bug spray. Local governments in South American countries have even advised that women there not become pregnant for the next year to two years because of the Zika epidemic.

Some have criticized Chan for not immediately convening a committee to declare a public health emergency. In a JAMA article on Wednesday, authors said that the WHO's "failure to act decisively" during the Ebola outbreak "cost thousands of lives," and they're concerned that Zika is likely to spread to the United States, as well as Europe and Asia. Unfortunately, they wrote that even with accelerated research, a safe and effective Zika virus vaccine is probably three to 10 years away, but a declaration of a public health emergency would "catalyze international attention, funding, and research." During Monday's meeting, Chan will ask the committee for advice on the “the appropriate level of international concern,” and will identify research priorities.