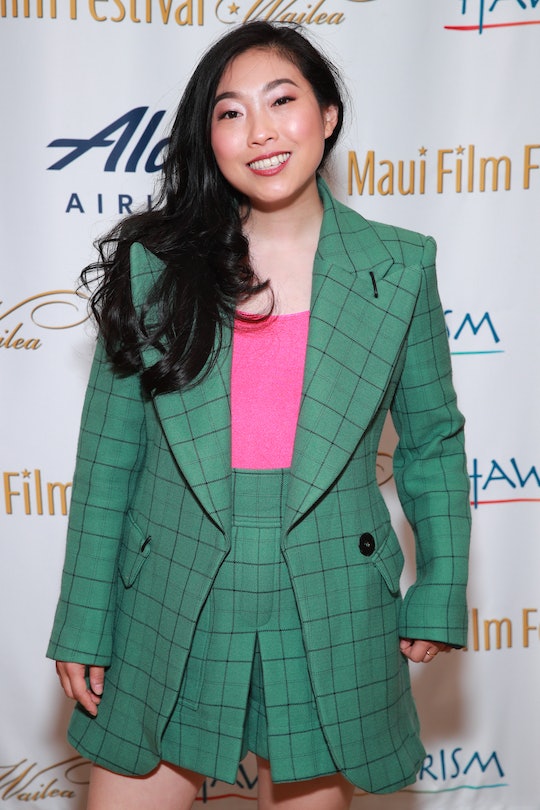 The Collector On 'Dark Crystal: Age Of Resistance' Has A Recognizable Voice

You don't have to be a fan of The Muppets to appreciate the Jim Hensen-created characters in Dark Crystal: Age of Resistance, but it helps. The Netflix series, which premieres on Aug. 30, will serve as a prequel to the 1982 movie The Dark Crystal. There are a ton of big names involved in the show, like Game of Thrones’ Lena Headey and Natalie Dormer, but most of the other voices might be recognizable for viewers too. And you’ll probably find yourself wondering who voices The Collector on Dark Crystal: Age of Resistance because Awkwafina has such a distinctive voice herself.

The Collector is one of the Big Bads of the series and got the name from having a penchant for collecting living creatures. Among many other characters, The Collector is part of the Skeksis group, who are trying to stop the Gelflings from overthrowing them as the beings in power. The show is a dark fantasy adventure made with classic Jim Henson puppets, in keeping stylistically with the original 1982 movie.

Awkwafina is one of many big names voicing characters in the show. The cast is essentially a who's who of iconic actors (Helena Bonham Carter, Keegan-Michael Key, Sigourney Weaver, and Mark Hamill are just a few others).

In the past few years, Awkwafina has become a seriously big name in movies and TV — known especially for her pitch-perfect comedic timing. She's acted in TV roles in Future Man and Mary + Jane, as well as huge blockbusters like Crazy Rich Asians, Ocean's 8, and Neighbors 2: Sorority Rising. Chances are, if you have seen her in anything, you remember her.

Awkwafina's role as the voice of The Collector in Dark Crystal: Age of Resistance isn’t her first time taking on voice acting. She also voiced two characters on The Simpsons and played Courtney in The Angry Birds Movie 2. Up next, she’s going to star in her own series on Comedy Central called Awkwafina, based on her real life experiences living in Queens.

Awkwafina is also known as a rapper, which is actually how she first got her start in show business. She released her debut album, Yellow Ranger, in 2014 and dropped a second album, In Fina We Trust, in 2018.

Basically, Awkwafina is keeping up with a bustling music career, as well as a growing career as an actor, with the projects and roles she's taking on only getting bigger.

Outside of performing, Awkwafina is close to her family and often posts photos with her grandma on Instagram. She also seems to know the value in a good burger and bucket of fried chicken. If I didn’t love her before, I do now.

It’s not clear yet if the 10-episode first season of Dark Crystal: Age of Resistance will be the show’s only season or if the puppets will be back to continue the story in the future. But Awkwafina definitely brings something special to the cast of voices while adding a new genre to her already overflowing resume.

Dark Crystal: Age of Resistance is now streaming on Netflix.