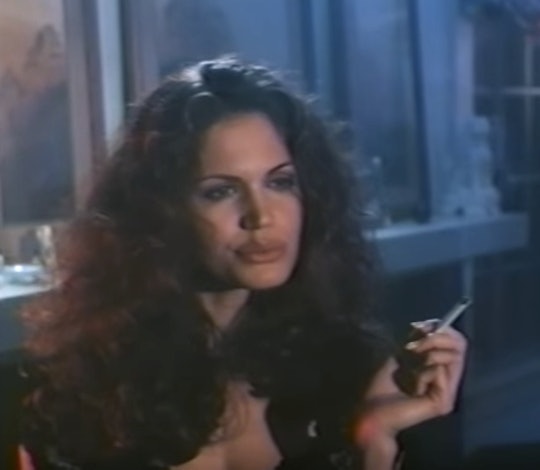 Who Was O.J. Simpson Dating When He Was Accused Of Murdering Nicole? Paula Barbieri Was Caught In The Middle Of It All

Dating isn't easy. Dating a famous football player definitely isn't easy. But dating a famous football player who has been accused of murdering his ex-wife and her friend? No thanks. Imagine how difficult it must have been for Paula Barbieri, the woman who was reportedly dating O.J. Simpson when he was accused of murdering Nicole Brown Simpson and Ron Goldman.

Barbieri was reportedly dating Simpson until the day before Nicole's murder. The two attended a fundraiser together the night before the incident, when phone records show Barbieri left a 30-minute "Dear John" message on Simpson's answering machine the next morning at 7 a.m., breaking off the relationship. She also let Simpson know she would be flying to Las Vegas to be with Michael Bolton, a singer (and fan of wearing his silky shirts unbuttoned in the breeze, in case you didn't know who he was already). Barbieri claimed that Simpson had called her several times on the day of the murder, indicating that he had heard her voicemail, but Simpson's lawyers later claimed he never got the message.

Barbieri started dating Simpson in 1994 when the two were introduced by mutual friends. She was a tall, leggy Victoria's Secret model at the time and he had been accused of 100% fewer murders. So in the beginning, things must have been pretty good. They certainly looked good; in fact, Simpson was reportedly attracted to her because of her likeness to Julia Roberts. Which I can see, kinda-sorta.

Barbieri did a little modeling perhaps most notably posing for the October, 1994 cover of Playboy in a pair of unfortunate denim overalls. She didn't seem to struggle too much in the love department either. Her name was linked not only with Simpson and singer Bolton, but also ass-kicking Dolph Lundgren.

Aside from her turns in front of the camera, there was one more incredibly important role that Barbieri played in 1994 — only, this one was for a smaller audience and not what one would call a traditional gig: Days after Nicole's murder, it was reportedly Barbieri who brought Simpson his passport and several thousand dollars to lawyer Robert Kardashian's home, just prior to the famous white Bronco car chase, in which Simpson and friend A.C. Cowlings were caught up.

The book follows Barbieri as she navigates the paparazzi, the court case... she even does a little dishing on what Simpson was like in the sack. The book was not a critical success, but I'm pretty sure that three million dollar advance kept her afloat for quite some time.

These days Barbieri leads a quiet life in Panama City, Florida. She is married to Florida judge Michael Overstreet and they have one daughter. She has been a born-again Christian since the nineties. In an interview with Larry King Live in 1997, Barbieri said of Simpson, "Rather than replace O.J. for my father, I replaced him for God."

We can all look forward to seeing Barbieri's step back into the limelight, or at least get a brief glimpse into her character (as played by Angie Patterson), in The People V. O.J. Simpson: American Crime Story.