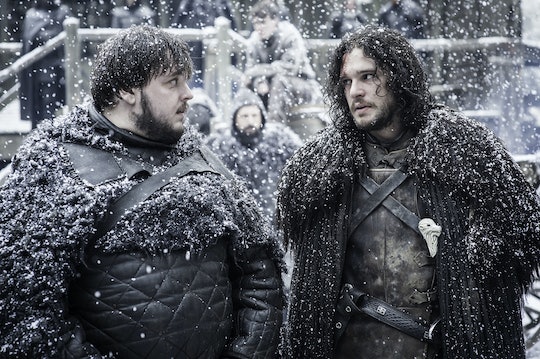 Who Will Be The New Lord Commander Of The Night's Watch On 'Game Of Thrones'?

Of course there's Alliser Thorne, who was kind of a shoo-in before Jon Snow's friends backed him up and voted him as Lord Commander. And even before that happened, Thorne had it out for Jon Snow, so obviously as soon as the much younger bastard was elected above him, it was almost a given that things would not end well.

That is not to say that Allister Thorne killing Jon Snow (with the help of a lot of other Night's Watch men) was fueled purely by the need to "get back" at him for taking over the leadership position at Castle Black. That said, with the guy's tendency to be a total jerk about everything pertaining to Jon Snow, it certainly didn't help. And rounding up all of the free folk beyond the wall certainly didn't help Jon Snow convert Thorne to his circle of BFFs.

In a perfect world, Samwell Tarly would return to The Wall and become the new Lord Commander and lead his men like a boss, but we all know how much Sanwell was not meant for a life of combat (and we totally love him for that). And everyone knows damn well that the little sh*t Olly will only get worse as time goes on, so not only will he never be Lord Commander material, but he's just a lost kid in general. Someone needs to introduce him to one of the young Stark kids, am I right?

Unfortunately, so far it looks like the new Lord Commander of the Night's Watch will be Allister Thorne. He's quick to justify his atrocious actions and won't soon back down from trying to gain what he believes to be his rightful place as Lord Commander.