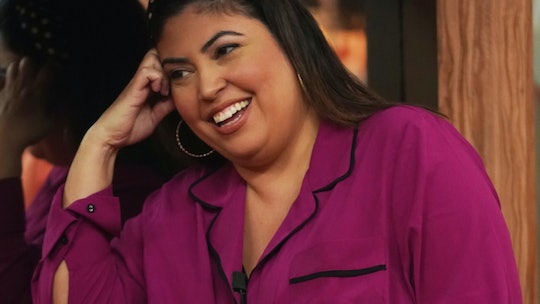 These Fan Predictions For Who Will Win 'Big Brother 21' Are Funny, But Sad

Trying to guess the winner of Big Brother is half the fun of watching the CBS reality series. Seriously, with 16 potential contestants, the network makes the outcome almost impossible to predict, and fans are almost always wrong with their pre-season lists. So who will win Big Brother 21? Sorry, you should know by now that no one has the answer to that at this time, but these early predictions might give you a run for your money.

Season 21 of Big Brother has been interesting to say the least. Host Julie Chen Moonves introduced the 16 Houseguests and fans quickly flocked to their favorites. But, of course, being a fan-favorite doesn't exactly say much when it comes to winning the whole game. Contestants need to play a strategic game to collect the $500,000 prize, but the outcome often depends on their fellow Big Brother castmates. With a number of unknown variables, the winner isn't exactly easy to predict. But that doesn't mean fans can't try.

Prior to the Big Brother 21 premiere, Season 20's Tyler Crispen made his pre-season predictions on Twitter. He listed Katheryn Dunn as the first out and David Alexander as the winner, with Tommy Bracco and Isabella Wang claiming the remainder of his top three.

The former BB contestant also explained his choices. "Not a list of my favorites, just my projected standings," Tyler wrote. "I used my Associates degree in BB strategy to compile this list." He then explained that his endgame was based on his belief in Tommy's hidden smarts and David's likeability. However, Tyler's gut went with David.

"David might have started watching BB 100 days ago, but that’s gonna help him so much because he will sit back, be patient, and figure it out first, then start killing it once the big talkers & fierce competition kills each other off," the Big Brother 20 Houseguest said.

Sadly, it looks like Tyler's top pick was eliminated in the premiere. But it looks like Julie teased David's potential return. So as always, expect the unexpected.

"I'm calling it now," he wrote. "Nick [Maccarone] will be the winner of Big Brother this season." Jeff also added his final three, which included Christie Murphy, and Tommy.

When another fan commented that Nick seemed cool, likeable, and savage, Jeff agreed. "I just think he’s going to play a strong game, but without too much ego involved," he said.

Meanwhile, Christine Persaud from Screenrant ranked the Big Brother 21 cast, based on how likely they were to win. The publication predicted that Sam Smith, the 31-year-old truck driver, had the most potential to win the season because of his life-of-the-party attitude. They also ranked David, Nick, and Jack Matthews highly on the list.

That being said, most fan predictions are a subtle reminder that BB typically favors male Houseguests to win. On Reddit, one fan guessed the elimination order. In the post, the Redditor listed the top eight as "Male" 1-8 and the bottom eight as "Female" 1-8. Funny, but sad.

Will Big Brother be different this year? Probably not. But hey, a girl can dream, right?

Tune into Big Brother Season 21 every Wednesday, Thursday, and Sunday on CBS.