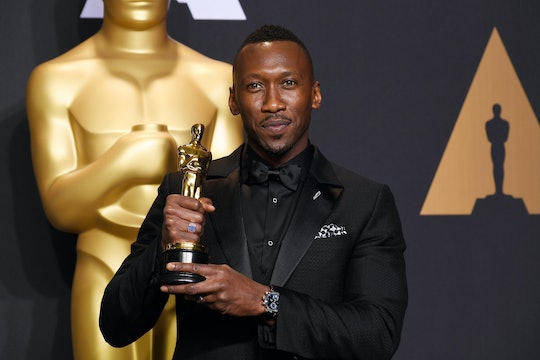 Talk about an awards show ending to end all other award show endings. After some confusion while reading off the Best Picture winner, many are still wondering who won Best Picture at the 2017 Oscars? Was it La La Land? Moonlight? Did they just give to Meryl and call it a night? It all happened so fast, and was so confusing, it's still not totally clear exactly what went wrong as the show ended.

Remember that long pause after Warren Beatty opened the Best Picture winner envelope? While we thought it was all for pomp and circumstance and a bit of added drama, it turns out that Beatty was actually super confused himself. As the producers of La La Land were in the middle of making their speeches, it became clear — and clearly confusing — that an error had been made and Moonlight was in fact the correct winner. Beatty, hoping to explain to everyone what had just happened, started off by saying, "This was not a joke." I know, I know, it doesn't make any sense, but what does matter is that when the La La Land camp realized what had happened, they graciously forfeited their awards to the night's true biggest winner, and you could see that those in the crowd were just as confused as those on stage were too.

According to The Hollywood Reporter, Beatty explained that he'd read the wrong envelope — he had the envelope proclaiming Emma Stone as Best Actress for La La Land — and just assumed that it meant La La Land had taken the cake and the night's biggest honor. But Faye Dunaway, who was presenting with Beatty, had read off La La Land's name before Beatty had the chance to correct her. And that's when all the problems began.

Of course, Beatty and Dunaway are human and mistakes happen — my heart goes out to them just as much as it does to the producers of La La Land and Moonlight, who've all had their big moments tainted by the memory of what happened on the Oscars stage. Sure, nothing so awful happened that it can't be undone, but when you spend your whole life working toward this moment, the awkwardness of the moment will take a bit of time to wash away. Twitter was, unsurprisingly, flush with jokes about the Best Winner mix up, with jokes including placing the blame on Russian hackers to inviting Steve Harvey to host next year's show.

But what matters most now is the graciousness of both the winners and "losers," and the fact that La La Land and Moonlight were two incredible films that enjoyed a long road of awards-season success.