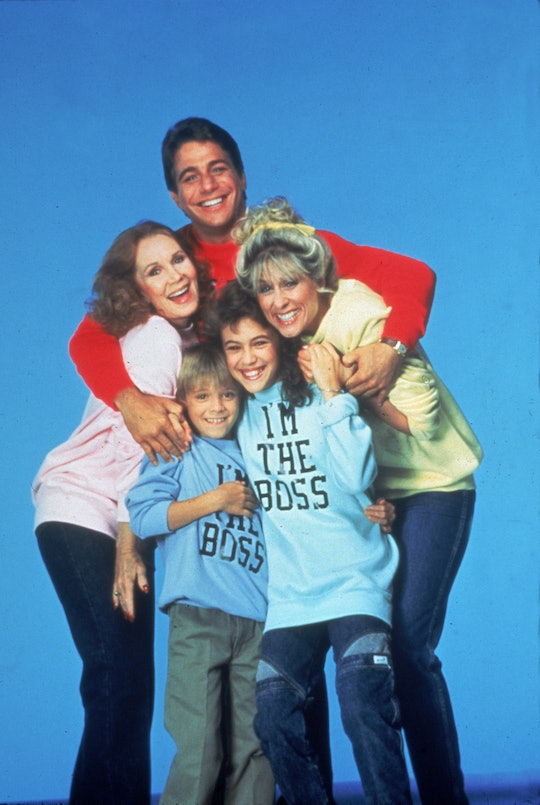 Alyssa Milano & Tony Danza Revealed 'Who's The Boss?' Is Coming Back

It won't be the same without the world's sassiest grandmother Mona, but a Who's The Boss? reboot with Alyssa Milano and Tony Danza is officially in the works, according to the actors on the massively popular series themselves.

Who's The Boss?, which aired on ABC for eight seasons from 1984 to 1992, told the story of former professional baseball player Tony Micelli (Danza), who moves into the home of single mom Angela Bower (Judith Light) and her son Jonathan Bower (Danny Pintauro) along with his young daughter Samantha (Milano). Tony becomes Angela's housekeeper, and along with Angela's mom Mona, who was played by the incomparable Katherine Helmond, they all work together to become a different kind of family. Who's The Boss? was watched by an average of 33 million people every week, according to Deadline, and now it's coming back.

On Tuesday, both Danza and Milano shared the exciting news of the reboot on social media. Milano wrote on Twitter, "I AM SO EXCITED! #WhosTheBoss is coming back!!! I’ve wanted to share this for so long and now I can! We feel the time is right to tell the story of where these amazing characters are today. Can’t wait to share their stories with you. So happy."

Meanwhile, Danza shared a throwback photo of himself with Milano with the caption: "Very excited to bring Who's The Boss back to television."

According to The Hollywood Reporter, this sequel to Who's The Boss?, which is in development with Sony Pictures, will focus on Tony and Samantha Micelli 30 years later. The news outlet reported that the new version will see Samantha as a single mom living in the original house from the series. Much like the series from the '80s, Who's The Boss? will explore modern family themes like struggling with different world views and multi-generational dynamics. No release date has been announced at this point.

CNN reported that no studio has been linked to the new version of Who's The Boss? yet, but there is apparently hope that Judith Light and Danny Pintauro might be included in some sort of creative way, which would mean almost the entire gang would be back together again. Almost

Katherine Helmond, who played Angela's flirty grandma Mona for the entire series, unfortunately died last year at the age of 89 due to Alzheimers, as CNN reported at the time, but she is in no way forgotten. When a social media user asked Milano on Twitter, "Will we ever find out who's the boss?" she responded, "It was always Mona. Duh."