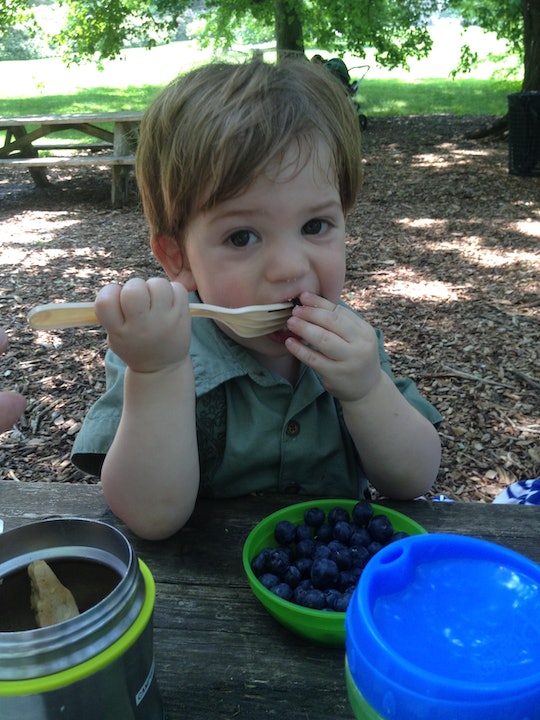 Why is 2 the best age? Repeat that question 70-billion times and you’ll get your answer. Two-year-olds question everything. They have also reached peak “toddlerhood,” with its strong will, fierce revolt, and suddenly fast legs. When my kids turned two, it set off desperate alarm bells in me. Oh no! This is the last of their baby-ness… I have to milk every drop of their helplessness before they start being able to unlock my phone and order take-out in the four minutes I’m in the bathroom! But in hindsight, I realize 2 years old is the age that let me have the best of both worlds: a baby, and fully formed human with a distinct personality I helped to shape.

Before they hit 2, I had always felt that anyone could have raised them up until that point. They were loved and cared for in the way that any typical adult would treat a baby. It was hard to recognize what unique stamp my husband and I had put on our kids. Did they love music and pretend play because we enjoyed the performing arts? Did they hate putting their coats on because we were always running late and stressed when trying to get them out the door? Or were these universal baby behaviors? Until they were 2, I was constantly looking for a sign that said They belong to only you.

Once she was 2, I could actually see the building blocks of her life.

Hearing them address me as “Mama” was amazing, of course. They were both verbal babies and even if it was mostly mispronounced words and pointing, I loved that we finally had language. But it really clicked for me when they turned two and were able to express those deeper thoughts that cracked my brain open, exposing how narrow my point of view on the world had been as a boring grown-up. Seeing the universe through their eyes as they contemplated humanity for the first time is a parenting high like no other. There should be a Danish word for it.

My first child felt like such a big kid to me at age 2, because I had also just given birth to her baby brother. Now that was a baby. My 2-year-old was able to make plans. She declared what she set out to draw, and I could almost make out actual legs on her dinosaur… all five of them. She had opinions on meals we were cooking (“Needs more sauce, Mommy”). And she had memories, mostly good ones, but also scary ones (for a 2-year-old who had never seen a real cow so close up). Once she was 2, I could actually see the building blocks of her life. Before then, I had no idea if anything I was doing as a new parent was the right thing. Her feedback before this age had been pretty binary: the violent shaking of the head, or spitting, or crying, or collapsing on the ground if something wasn’t rocking her world; or the laughing, clapping, squealing, and bounce-squat-turn dance combination that communicated joy. Now that she had become a 2-year-old, she was able to communicate more nuanced feelings… to accompany all the basic ones in her baby toolbox.

Thank you for telling me how much you love laying on my stomach pillow.

Two means endless curiosity. It was exhausting for me. I had to have an answer for anything, and remember that answer, when I half made it up because I didn’t know how to break down the explanation for where our flushed toilet water goes in a way they would understand. Two also means bracing honesty. It was wonderful to hear my kids express their thoughts coherently… except when it wasn’t. Yes, I can see my hair is messy, too. Yes, I know this is the third night we’ve had the same dinner. Also, thank you for telling me how much you love laying on my stomach pillow.

More often than before, my 2-year-olds had me thinking “I got this.” I saw, in my 2-year-olds, that I could raise thoughtful, curious, loving kids who stubbornly stuck to their conventions (because they were two). Two was the insight I needed after endless nursing and working full-time while barely sleeping. Two was the center of motherhood’s storm. It grounded me. More than any other age, 2 taught me to be happy about simple things: popsicles, puddles, piles of leaves, and the comfort of home.

My two-year-old’s zeal was infectious. And it has served to innocolute me, somewhat, against the annoyances of everyday life. “Terrible Two” may be a thing at certain moments, but it never defined the era for me.

More Like This
30 Easy Summer Activities For Kids That Work Rain Or Shine
The Covid Vaccine For Kids Under 5 Has Been Sent To The FDA For Review
Should Parents Consider Delaying Covid Vaccines Until Closer To School Starting?
How To Wash A Mattress Cover