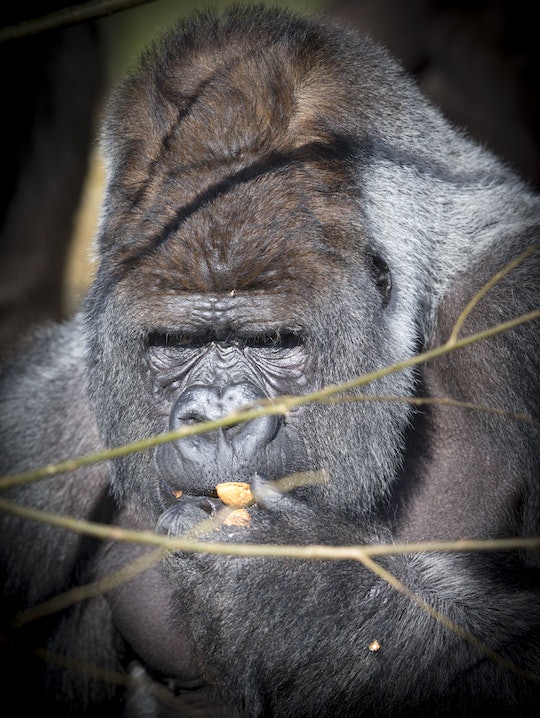 I can't tell you how bone-deep tired I am of mom-judgment. It's so old and boring and out-of-style. Why is it still a thing, actually? I thought mom-judgment went the way of New Coke and banana clips. But no, it turns out mom-judgment has some serious staying power. Take a look at Saturday's incident at the Cincinnati Zoo for Exhibit A in classic mom-judgment. How many people read about that little boy getting into the gorilla enclosure and thought, "What was his mother doing?" No, guys. Here is why all moms need to support the mom of the boy who fell in the gorilla enclosure.

There is this old saying my mom loves to use whenever someone is getting a little judge-y for her taste, "There but for the grace of God go I." I don't know where this comes from, but I know what it means. In layman's terms, it's "Get off your high horse, everybody makes mistakes, even you." My mom even used that saying about the case of Michelle Gregg and her four year old son, who managed to get into the gorilla enclosure at the Cincinnati Zoo on Saturday. While zoo officials report the boy escaped with minor injuries, the gorilla (named Harambe) was shot and killed by zoo employees in an effort to protect the boy from the 400 pound animal. And ever since, detractors and animal rights activists have been taking to social media to blame the boys' mother for the gorilla's death.

Michelle Gregg took to Facebook after the zoo incident to defend herself in a post that has since been deleted, according to People.

"God protected my child until the authorities were able to get to him. My son is safe and was able to walk away with a concussion and a few scrapes... no broken bones or internal injuries."

As for the critics who think she should be criminally charged for neglecting to watch her son, Gregg had this to say;

As a society we are quick to judge how a parent could take their eyes off of their child and if anyone knows me I keep a tight watch on my kids. Accidents happen...

She's right, guys. My two year old son once got away from me at a big department store. It happened in the blink of an eye. One minute he was there and the next... it was the worst 30 minutes of my life. And there wasn't even a 400 pound gorilla involved. But you know what saved me from collapsing before he was found? Another mom. She cried with me. She held my hand. We were total strangers, but she wouldn't leave my side until my son was found. No judgment, no "What kind of mother loses their kid?" Nope. She was just a fellow mom gripped in reflective terror. Imagining the worst for her own babies.

I totally understand the pull of judgment. The little seed of satisfaction that comes from thinking, "I would never let that happen." But the truth is... we just don't know. So let's give Michelle Gregg a break here. Let's put ourselves in her shoes. Watching her little boy in the hands of an enormous gorilla, completely helpless. And let's do for her what that beautiful stranger once did for me — hold her hand and support her.

Nobody gets through this life without some mistakes. Fortunately for most, our mistakes aren't fodder for social media critics. Let's be kind, shall we?