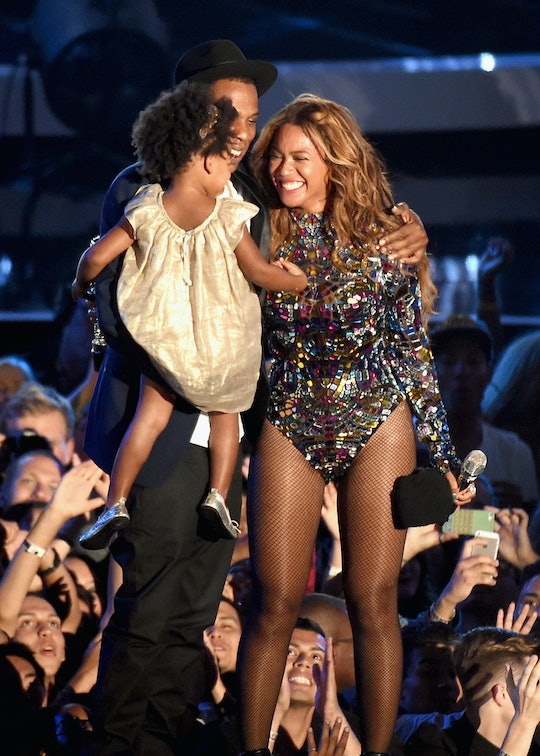 Why Beyonce Didn't 'Overdo It' With Blue Ivy's Birth

Everybody seems to have an opinion to share about Beyoncé. Whether it's her music, or her fame, or her marriage, or her parenting. I get it, of course. Fame breeds familiarity, and familiarity breeds contempt. Not to mention jealousy, spite, and a whole host of other perfectly valid human emotions none of us are especially proud to share. It's the nature of the beast, I suppose. Especially where Beyoncé is concerned. So when everyone on the internet was crying the blues that Beyoncé overdid it for Blue Ivy's birth, I understood.

What mother out there wouldn't want to have the opportunity to give birth in a plush executive suite at New York's Lenox Hill Hospital? I mean, she and Jay Z got to have actual sofas, a kitchenette, and four flat screen televisions at their disposal. Whereas most of us were probably giving birth in a sterile hospital room, on an uncomfortable bed, while our partner sat on a plastic chair beside us (okay, that might have specifically been me, but you know what I mean). It's easy to be resentful of someone. It's as easy as breathing in and out every day, actually. But that doesn't make it right.

Resenting the good fortune of Jay Z and Beyoncé, the wealth that allowed them to enjoy a beautiful, comfortable room while she gave birth, gives exactly no one permission to judge her. Or to perpetuate a long-debunked myth that they rented out an entire hospital floor for over $1 million and kept parents from their babies.

Let's get real for a moment here; if I were in a position to bring my baby into this world in a calm, luxurious, welcoming space, I would do it. And you would, too. Beyoncé does not need anyone's acceptance, anyone's approval, or anyone's permission to enjoy the fruits of her own labor. Especially not when she is going through labor.

When the Carter family welcomes their twins in the coming weeks, there will be much speculation about the way they came into this world, the manner in which they were welcomed, and the way they will be raised. It will be easy to resent them. So incredibly easy.

Just being happy for them, on the other hand, will be hard. Acknowledging that giving birth is hard work, no matter who you are, and if Bey gets to do it in comfort, who are we to judge? It's not our business. Let's not perpetuate that smallness of spirit in each of us, that part of us that wants to say awful things. Make up hurtful rumors about Beyoncé, accuse her and husband Jay Z of "buying" Blue Ivy, of faking both of her pregnancies... this is beneath each one of us. And nobody, no matter how blessed and privileged they might be, deserves to have such hatefulness spread about them. Just because we can all sometimes be a little resentful.

So no, Beyoncé didn't "overdo it" when she gave birth to Blue Ivy. She simply did it. And that's something in itself.