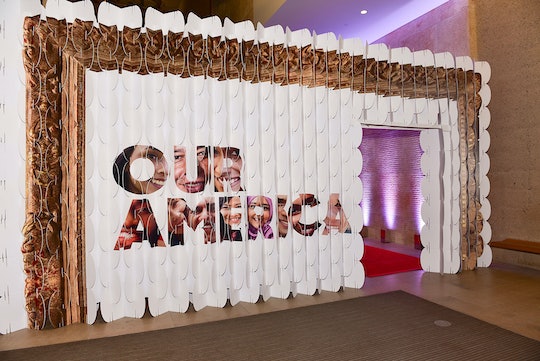 Why Capt. Humayun Khan's Story Was Crucial For DNC Attendees To Hear

Patriotism is not the private dominion of proud white Americans who were born in this country. Patriotism means more than simply waving one's flag on the Fourth of July. In the case of Capt. Humayun Khan, patriotism was utterly defined in 10 small steps. It might not be an easy one, but there is a reason why Capt. Humayun Khan's story was so crucial for DNC attendees to hear.

Capt. Khan was an American Muslim. His parents emigrated from the United Arab Emirates in 1980. He was a graduate of the University of Virginia before he enlisted in the United States Army. While serving overseas after 9/11, Khan sacrificed his life to save the lives of his fellow soldiers. He was one of 14 American Muslims to die in service after the attack on the World Trade Center. Democratic Presidential candidate Hillary Clinton referred to Khan as being a "the best of America" in a speech she once gave in Minneapolis. At the DNC on Thursday night, Capt. Khan's father, Khizr Khan, spoke eloquently about the sacrifices his son made in the name of patriotism. He spoke of the hopes and dreams his son had to someday become a military lawyer, and how he sacrificed those dreams to save the lives of others. And he had a message for Donald Trump; "You have sacrificed nothing and no one."

And here is why it was so important for Khan to tell the story of his brave son and the terrible sacrifice he had to make at just 28-years-old; under the potential presidency of Republican candidate Donald Trump, what would have happened to a good, decent human being who wanted to serve his country like Capt. Humayun Khan? According to a speech given by Khizr Khan,

If it was up to Donald Trump, he never would have been in America. Donald Trump consistently smears the character of Muslims. He disrespects other minorities, women, judges, even his own party leadership. He vows to build walls and ban us from this country.

He went on with a further message for Trump, holding his copy of the U.S. Constitution;

Donald Trump, you are asking Americans to trust you with our future. Let me ask you: Have you even read the U.S. Constitution? I will gladly lend you my copy.

It's possible that it was Khizr Khan, with his hand over his heart and his heart in his throat, speaking of the son he lost and the many souls lost in wars protecting America, who made the best case for diversity at the DNC.

As Khan said himself,

Because patriotism doesn't belong to any one sort of person. Because nobody gets to decide who loves their country and who doesn't based on their ethnicity.

Not even Donald Trump.