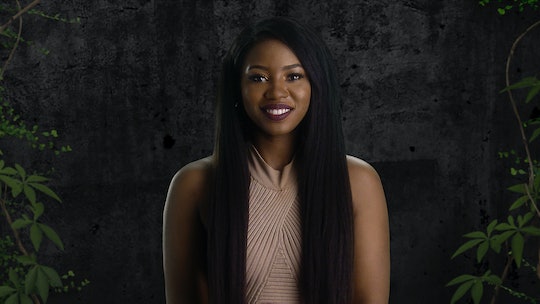 There are a few different ways for players to end their time on a season of The Challenge. They can lose in an elimination competition, they can get into a physical altercation, resulting in their expulsion, or they can leave on their own accord. With $1 million or close to it typically on the line, it's hard to believe that anyone would willingly leave if they didn't have to. Unfortunately, that’s what Faith did in Wednesday’s episode, but why did Faith go home on The Challenge 34? She wasn't sent home and she didn't get the chance to explain her sudden exit, but it probably has something to do with Bear.

The night before Faith left in Wednesday's episode, she had a hard time getting sleep because a few members of the UK team were up late partying with little regard for their noise level. When Faith came out of her room to let Bear and Theo specifically know how disruptive they were being, it didn't make much of a difference. Faith had no choice but to take matters into her own hands and pull a Tanisha Thomas, a la Bad Girls Club, and bang pots and pans at 5:30 a.m. to show Bear how it felt to be deprived of sleep.

Instead of Bear using this act as an opportunity to talks things out with Faith, he engaged in a verbal fight with her, which involved Challenge security standing between the players as they shouted at each other. The next time Faith was shown in the episode, she was leaving with her bags packed. Suffice it to say, she probably realized she wouldn't be able to handle an entire season of Bear.

It has to be hard enough to live in the same house as your opponents on The Challenge without being forced to interact with them when you don't necessarily have to. Add to that the pressure of needing to get a decent night’s sleep before another grueling day of physical challenges and Faith had enough of Bear. On the other hand, The Challenge probably feels like one long vacation at sleep-away camp for some of the players and if Bear and Theo wanted to hang out in a common area of the house, they had every right to. They could have done so with a little more regard for their roommates, however.

Still, I would expect nothing less from Bear, who made a name for himself last season on The Challenge as a troublemaker who seemed to thrive on drama. He and Georgia got close while he had a girlfriend back home and when he got caught making a video call to said girlfriend, he openly lied to Georgia about it. Outside of the relationship drama, he became a loud mouthed distraction to the point where even his partner was tired of him. Bear’s behavior with Faith was par for the course with how he wants to be portrayed on TV, but she had enough and left The Challenge before things could escalate further.

This isn't the first time Faith had trouble with a fellow Challenge competitor. The last time she competed on the show was in Final Reckoning, where she was forced to partner with her Ex on the Beach rival, Angela Babicz. But, she told Bustle in a 2018 interview, she was able to bury the hatchet for the chance to win $1 million with Angela as her partner.

Maybe if they had talked things out, Faith would have understood Bear a little better and vice versa. But we have all known a Bear and sometimes, it's better to just walk away than to waste any more time trying and failing to understand them. That’s likely how Faith felt when she dipped out on The Challenge but unfortunately for her, that decision might have cost her $1 million.