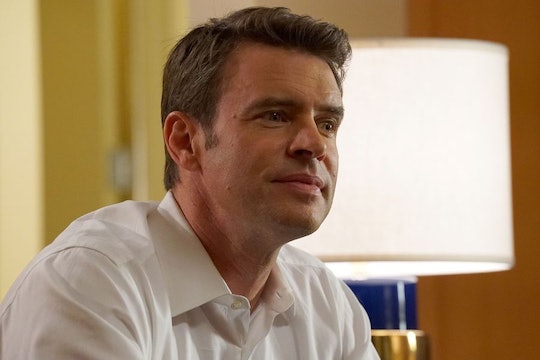 Why Did Jake Kill Vanessa's Dad On 'Scandal'? It Probably Wasn't His Choice

Scandal's fifth season finale was intense from the start on Thursday night. Jake was having dinner with Vanessa's – his wife's – father. They were having a slightly sexist conversation about how her father wished he had a son when all of a sudden he was having trouble breathing. He began panicking but Jake remained calm, obviously because he was behind this. Before long, her father was dead. Why did Jake murder Vanessa's dad on Scandal?

In case you forgot, Rowan Pope, Olivia's father, is trying to get Jake the Vice Presidency. Rowan is also the reason Jake married Vanessa in the first place as well. It makes sense, then, that Rowan is behind this murder, not Jake.

At the end of the previous episode, "Trump Card," Jake and Rowan threatened Edison Davis, Rowan's previous choice for the President, when he messed up on the campaign. When Jake pinned him down, however, Edison learned that it was not my choice. Jake sent a message to Rowan to tell Olivia: he needs out, and he wants Olivia to help him escape her father's rule. This makes it all the more obvious that Rowan is controlling Jake's every move at this point.

So, then, why would Rowan make Jake kill Vanessa's dad? We don't really know much about her or her family, but we do know that she is "highly connected" in Washington D.C. She's basically a socialite, and her family is pretty influential. That was pretty evident when Vanessa and Jake's wedding made broadcast news. Vanessa's dad must know too much – or Rowan fears that he knows too much – and wanted to keep him from spreading information.

Another possibility is that Rowan wants to assert his (and Jake's) power to Vanessa's family. He wants them to know that they can and will do anything to get what he wants. What he wants right now is for Jake to be Vice President and have power (well, even more power than he does at head of the NSA). Killing Vanessa's dad would definetely send a message to Vanessa and her family that they cannot mess with Rowan or Jake.

Will news of this murder get Jake in trouble? Possibly. With Vanessa's family being as prominent in Washington as it is, it's likely that her father's death will make the news. If it gets out that Jake was the murder, it might mean even more trouble for him – even though Rowan was behind this.