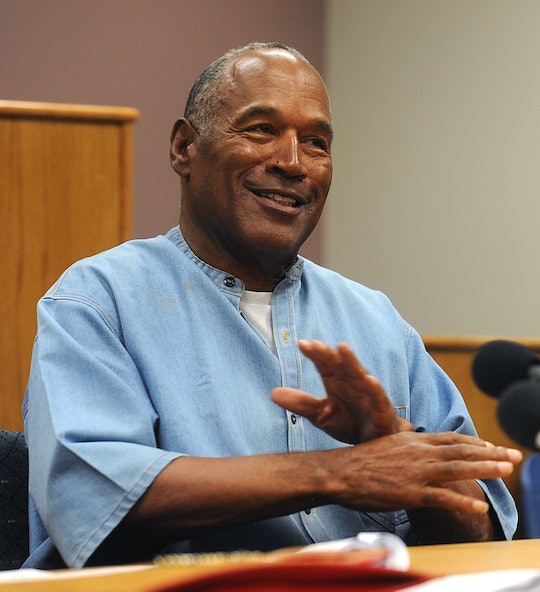 Why OJ Simpson's House Was Demolished

It feels nearly impossible to remember a time when O.J. Simpson was known for playing football and yes, maybe even starring in the Naked Gun parody series. Since 1995, most people have largely known him as the man who was accused of murdering his ex-wife Nicole Brown-Simpson and her friend, Ron Goldman. Despite the fact that he was acquitted of those crimes, his life took a decidedly downward spiral in the ensuing decades. His bank account was seriously depleted, his reputation irreparably tarred (partially of his own doing)... even Simpson's house was demolished. Why?

In 1997, two years after he was found not guilty of two counts of murder, the former NFL Hall of Fame inductee was reportedly unable to pay the mortgage on his home in Brentwood, California and defaulted. Possibly because he was ordered to pay $33.5 million to the Brown and Goldman families in February of 1997 following a civil court case.

Simpson's stately home, which was over 6,000 square feet and purchased in 1977 for $650,000, was later purchased by a new owner for $4 million, before it was subsequently demolished in 1998. Despite having lived at the address for the better part of 20 years with his two of his children (Justin and Sydney, both with former wife Nicole Brown-Simpson), the former Heisman Trophy winner told E! News at the time he was unconcerned with the fate of the building:

It's not my house, and I could care less. I walked out of that door, and I've never been back... Rockingham is history.

The new owners proceeded to build a new house on the famous grounds, complete with privacy gate to shield themselves from prying eyes.

In the two decades since, Simpson's life has taken a turn for the worse. Much, much worse, in fact. Beyond his tarred reputation and his significant loss of wealth, Simpson was jailed in 2008 for armed robbery and kidnapping in Las Vegas. The 70-year-old has now served nine years of his 33-year sentence.

Simpson was granted parole in late July 2017, in a unanimous decision by the Nevada parole board. They took into account his discipline-free time in prison, no history of major convictions (the civil case brought against him was not considered), and parole board member Tony Corda grading Simpson a "low risk to re-offend," according to CNN. Simpson is expected to be released as early as October. For his part, Simpson expressed remorse for his Las Vegas crime when speaking to the parole board, saying he had been a model prisoner:

I've spent nine years making no excuses about anything. I am sorry that things turned out the way they did. I had no intent to commit a crime.

Unfortunately, it looks like he might have to find some new digs after he is released. The Brentwood home he knew is no longer, and his former home in Miami, Florida is on the market for a pricey $1.7 million.