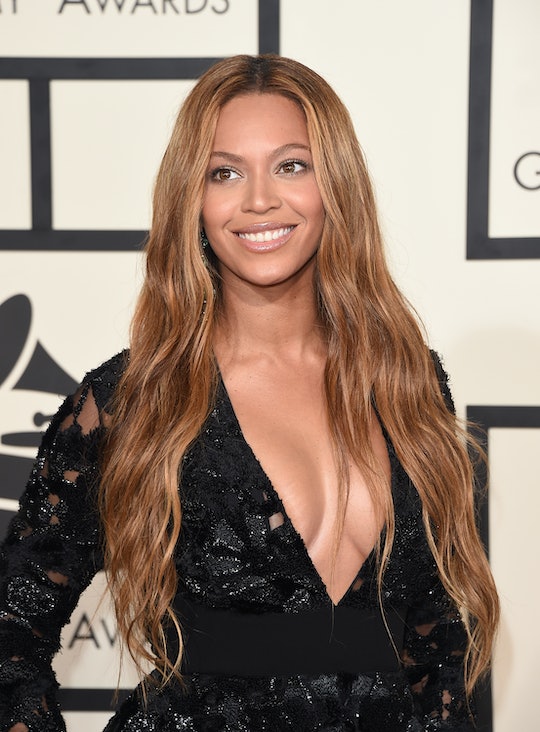 Why Do People Think Beyonce Is In The Illuminati? The Internet Is Swirling With Rumors

According to Beyonce, girls "run the world," as she has stated in her famous song "Run the World (Girls)." But ask any conspiracy theorist and they'll tell you that the Illuminati runs the world — a group which many believe that Beyonce just so happens to be a part of. In her song "Formation" Beyonce sings "y'all haters corny with that Illuminati mess." So if Beyonce has denied it, then why do people think Beyonce is in the Illuminati?

Brace yourself, because according to various websites on the Internet, there are plenty of signs. Heck, there is even a full blown website dedicated to specific reasons why Beyonce is in the Illuminati.

Essentially, according to Fader, the Illuminati is a group formed by the Freemasons in Europe in the late 1700's. During its formation, the Illuminati's goal was to maintain an exclusive group of intellectual and political elite. Now, it is supposedly a group of famous and powerful musicians who control basically everything. There isn't a general consensus on what the illuminati does or if they're with the people or against the people. However, according to one website, many believe "the Illuminati wields a godlike control over every aspect of this planet and can dictate societal changes on a whim" — honestly, that is not a bad description of Beyonce's capabilities.

All jokes aside, what are some of the reasons why people believe Beyonce is in the Illuminati? It is all in the details, of course.

People believe Beyonce is in the illuminati for little things that she has done. For example, making the triangle shape with her hands. The use of triangles is very prominent in the Illuminati conspiracy, and Beyonce's constant flashing of them makes many believe that she is sending a message and saying she is a part of the Illuminati. Beyonce couldn't be flashing the triangle because it is Roc Nation, or Jay Z's record label's symbol. Nope, no way.

Personally, I believe that people think Beyonce is in the illuminati because they can’t believe that a woman can be successful on her own accord. Because of this, they have to resort to rumors or conspiracy theories to attribute Beyonce’s success to, rather than giving her the credit she deserves.

There is no doubt that Beyonce and Jay Z are a powerful couple. Mic reports that as a couple, they made Beyonce and Jay Z are worth over $1 billion together. That is revenue from the businesses, tours, merchandise, appearances, and album sales. They work hard and they both do their jobs well.

Why must Beyonce and Jay Z have to be members of the Illuminati for people to justify their wealth and hustle? While it is fun to make up theories as to why Beyonce might be a member of the Illuminati, let's just call it like it is. Beyonce is a hardworking and powerful woman who owes her success to herself, not a secret organization that runs the world.