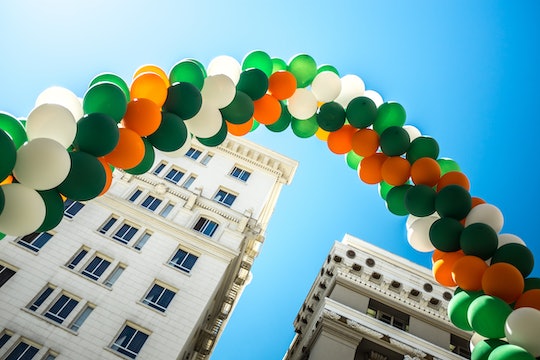 Why Do We Celebrate St. Patrick's Day?

The idea of St. Patrick’s Day probably conjures up images of the emerald isle, leprechauns, and snakes (and maybe a shillelagh or two). But why do we celebrate St. Patrick’s Day, after all? I mean, any excuse for green beer is fine, but the story behind this festive holiday is actually pretty fascinating, as it involves dream visions and pirates.

First, St. Patrick was a real person. Born in Roman Britain, he was captured by Irish pirates (yes, you read that correctly) and enslaved as a shepherd in Ireland, as noted in Catholic Online. At this time, Ireland was still a pagan land. After God communicated to Patrick in a dream, he escaped back to England. He was then ordained as a priest and, following another vision, returned to Ireland in March of 233 A.D. Legend has it the Irish chieftains tried to kill him outright, but Patrick was able to convert them — and thousands of others in Ireland — to Christianity. After 40 years of travel, preaching, and conversion, he passed away on March 17, 461. And that date has been celebrated as St. Patrick’s Day ever since.

So how did the story of man who was captured by pirates, enslaved, and determined to convert an entire country to his religion inspire into this holiday that’s all about green and shamrocks? Well, any holiday that’s been around for about 1,500 years is bound to go through some changes. Here’s a look at the ways people celebrate St. Patrick’s Day, and how to avoid getting pinched.