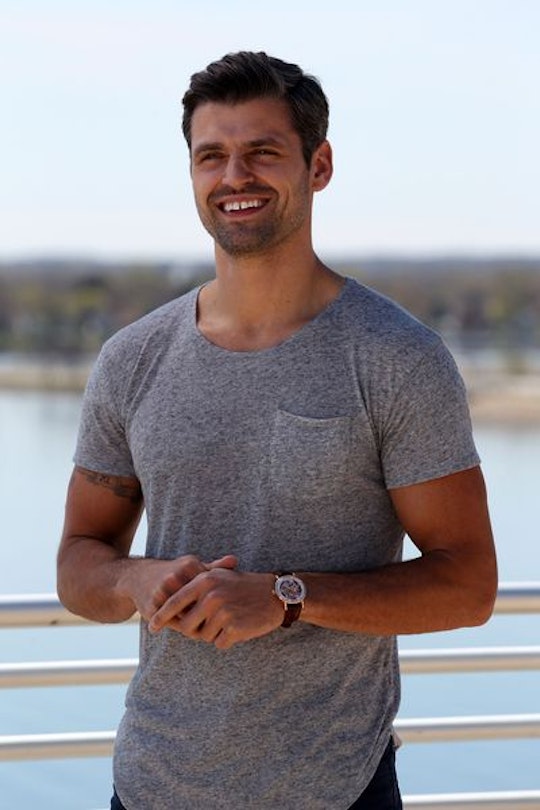 Peter & Bryan Don't Get Along On 'The Bachelorette'

Now that we're down to the final three, the competition is definitely heating up. The l-word is being thrown around and Rachel is growing closer to each of these men, so naturally, they're starting to look at each other with those unmistakable side eyes. But besides being his competition why does Peter not like Bryan on The Bachelorette? He seems to have his suspicions when it comes to the Miami chiropractor and he's not afraid to voice them.

On Monday's episode when Bryan prepared to leave for his date with Rachel to meet her friends and family, Peter and Eric pointed out that the pair were wearing their matching watches. Once they left, Peter was quick to bring up Bryan again and not in a good way.

"We already know, I've made it very clear that I'm not the biggest fan of Bryan," Peter told Eric. "He's got his confident Miami swagger. But in Miami there's a lot of fake boobs, fake asses, and fake cheeks, so what that swagger is, I don't know."

Peter's issue with Bryan on The Bachelorette seems to stm from his general suspicion that because Bryan's a good looking and successful doctor from Miami, and is super confident, it means he might be a ladies' man of sorts back home.

And he might not be wrong. During Bryan's hometown date, his mom even mentioned how he's dated so much and so many women, leading her to question how he knew he was in love with Rachel already. Back in Week 5's episode, there was a deleted scene from The Bachelorette where Peter and Dean talked about Bryan over a game of chess.

"I think she needs a guy who has genuine confidence that’s not cockiness or arrogance," Peter said. To him, he admitted, Bryan's confidence seemed to be almost overkill and too much to totally trust in. To Peter, Bryan's confidence and swagger, if you will, makes The Bachelorette contestant come across as arrogant and that's where his dislike and suspicion toward his fellow contestant lies.

Out of all of the contestants on The Bachelorette this season, Peter is probably one of the men you'd least suspect of trying to start any drama with another and really, he hasn't. But he's also entitled to his opinion and I think we can all agree that Bryan's continued to be pretty smooth throughout the entire season, so it was probably time for someone to say something. Even if it was behind his back.

The good news is that they have just a week left with each other, so hopefully they can keep their shade throwing in check.