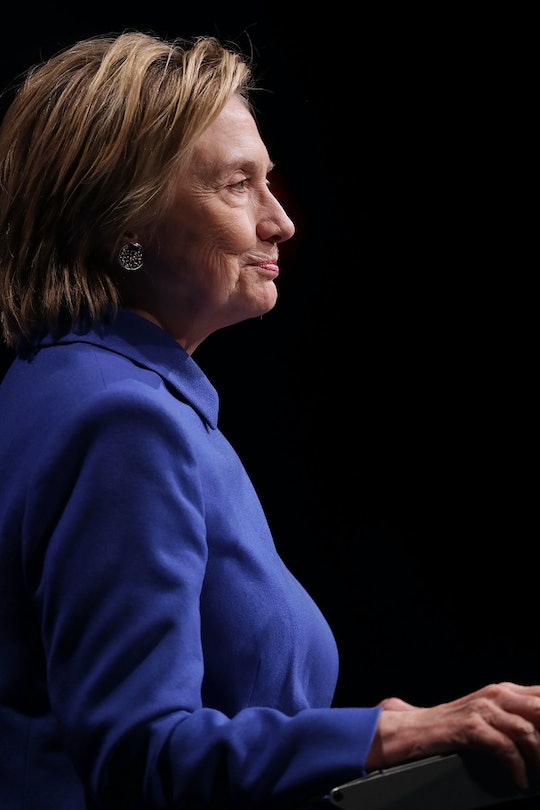 Why Hasn't Hillary Petitioned For A Recount? She Has A Lot Of Strong Support

I don't know about you, but I'm missing former Democratic presidential nominee Hillary Clinton a lot these days. She sort of felt like the big kid at school who protected you from a bully. And now she's not at school anymore, and we're left to deal with the bully ourselves. Or are we? Clinton supporters and legal experts are encouraging Clinton to seek a voter recount in three battleground states, but the question is; will Clinton do it? Or is she planning on ghosting on all of us?

So here is what we know; President-elect Donald Trump won the three battleground states of Wisconsin, Pennsylvania, and Michigan by a slim margin. The deadline to petition these states for a recount is closing in; in Wisconsin the deadline is Friday, in Pennsylvania, the petition deadline is Monday, and in Michigan the deadline is Wednesday. Clinton has strong support for a voter recount to ensure a cyberattack didn't happen; a group of election lawyers and data experts are encouraging the former Secretary of State to petition for a recount. Green Party candidate Dr. Jill Stein, a former political opponent of Clinton's, even started a fundraising event to support election integrity on Nov. 23 that has seen an overwhelming response; to date, the campaign has raised 4.2 million dollars towards an election recount.

Stein's campaign to look into "significant discrepancies in vote totals" has already made a difference; in Wisconsin, state Elections Commissions Director Michael Haas has begun a recount based on Stein's statements.

But what about Clinton? She has yet to respond either to Stein's efforts or the group of election lawyers who are encouraging her to do a recount. One member of the group, J. Alex Halderman (a professor of computer science from the University of Michigan) explained in a post on Medium:

I believe the most likely explanation is that the polls [showing Clinton winning those three states] were systematically wrong, rather than that the election was hacked. But I don’t believe that either one of these seemingly unlikely explanations is overwhelmingly more likely than the other. The only way to know whether a cyberattack changed the result is to closely examine the available physical evidence — paper ballots and voting equipment in critical states like Wisconsin, Michigan, and Pennsylvania. Unfortunately, nobody is ever going to examine that evidence unless candidates in those states act now, in the next several days, to petition for recounts.

Clinton has yet to respond or take action to initiate a petition, and her camp has not responded to media requests about a possible recount. While Wisconsin chose to begin a voluntary audit of their ballots, neither Pennsylvania nor Michigan have volunteered to do the same. Michigan is considered the safest of the three states, with most of their ballots handed in by paper, whereas Pennsylvania is considered the most susceptible to possible cyber attacks.

Time is running out for Clinton to go ahead with a voter recount petition. Let's cross our fingers and toes that she seizes the opportunity. Because the bully is still in the schoolyard... and we need our champion to come back.