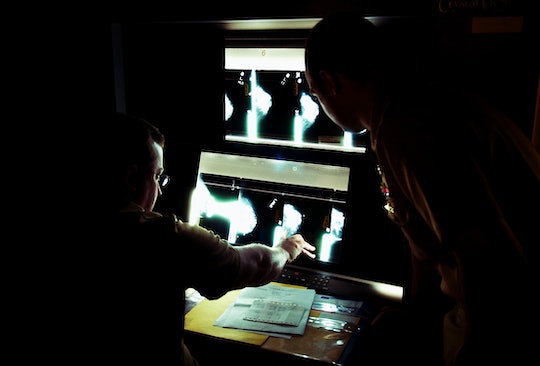 Coverage For Genetic Testing For Cancer Is Crucial

When former President Barack Obama implemented the Affordable Care Act, he made a number of important strides in expanding healthcare access. His landmark health reform law allowed people traditionally shut out from the healthcare industry to finally receive the medical care they need and deserve. Because of the ACA, people could now afford to screen for gene mutations that up their risk for breast and ovarian cancer by double digits. That's why coverage for genetic testing for cancer is a crucial women's issue. Without it, more lives would be at stake.

According to the National Cancer Institute (NCI), a person's lifetime risk of developing breast or ovarian cancer (if not both) dramatically increases if they inherit a BRCA1 or BRCA2 mutation. But let's spell that out with some numbers. Without the BRCA1 mutation, about 12 percent of women in the general population will be diagnosed with breast cancer, while 1.3 percent will develop ovarian cancer, the NCI found. On the other hand, 55 to 65 percent of women who inherited the harmful mutation will develop breast cancer, while 39 percent who have it will be diagnosed with ovarian cancer. In both cases, that's a jump of more than 35 percent.

For the first time ever, the Affordable Care Act made it mandatory that insurance companies cover preventive services. That includes genetic testing for the hereditary BRCA1 and BRCA2 mutations. People with a family history of breast or ovarian cancer — those who would be considered at high risk — could find out their genetic predisposition earlier. And, as CNN Money reported back in 2013, that means the person and their doctor could come up with a preventive care plan that will reduce their chances of developing cancer — or, at least, allow them to screen more often for the disease so it's not caught before it's too late.

Prior to the Affordable Care Act, women, trans men, and other people at risk for ovarian or breast cancer would have to pay out of pocket if they wanted to screen for the BRCA gene. But for most people, that was impossible. The price tag for that genetic test ran into the thousands, according to Myraid Genetics. If the Affordable Care Act is repealed, insurance companies will once again be able to charge people outlandish prices just because they want to prevent themselves for getting sick.

Think about it this way: In 2016, more than 40,000 women died from breast cancer, according to the NCI. Is that a number we want to increase?