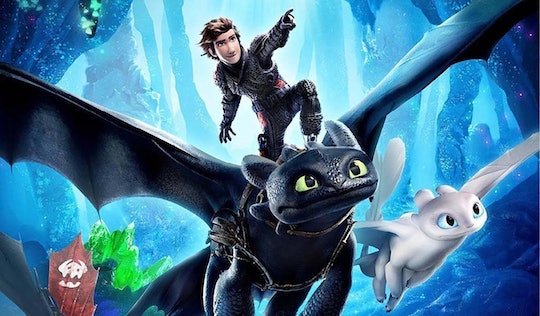 After a decade of charming fans – kids and adults alike – the popular How To Train Your Dragon franchise has officially come to an end. The third film in the saga, How To Train Your Dragon: The Hidden World, revealed a definitive conclusion to the story of friendship between Hiccup (voiced by Jay Baruchel) and his dragon friend, Toothless. In the final chapter there is a time jump that reveals — Spoiler Alert! — both Hiccup and Toothless have separated to raise their own families, Hiccup’s being in New Berk, of course, and Toothless in the Hidden World amongst all the other dragons. The longtime friends come back together after many years apart to introduce their families to each other and enjoy one last ride together. But it left many fans of the films wondering why How To Train Your Dragon: The Hidden World ended the popular franchise after over a decade.

It was a happy ending, even if perhaps a little bittersweet knowing that the BFFs were saying goodbye both to each other and to fans all over the world for forever. But according to director Dean DeBlois, who helmed all three movies in the franchise, the plan was always to stop after three movies.

"It's been a decade and 10 years felt good," DeBlois told Romper, sitting in a hotel overlooking a fjord in Flam, Norway, which served as inspiration for the movie's gorgeous setting.

Sitting next to DeBlois, the movie's star voice actor, Baruchel, agreed, adding that they "always knew this was the ending."

"When I met Dean on the first film and we sat down, he said, 'If we pull this off and people like the first one, to me this is three. And this is what the ending should be to the story,'" Baruchel added. "And that was the exact ending our film ends on. We've known always the entire time that, if we do our jobs right, then this is where we end up."

All three How To Train Your Dragon movies have always been centered on the unlikely and inspiring friendship between Hiccup, the misfit who becomes the respected leader of his Viking clan, and Toothless, a member of the rarest dragon breed that ever existed. It’s been about how their friendship changed the world they live in for the better. But ending the franchise on a love story for each of them, having them find love and start families separate from each other, was always the end goal, and one that DeBlois knew he could accomplish after seeing the original Star Wars trilogy when he was younger.

"It was inspired by the idea that you can tell a saga and you can track a coming of age of a character over three acts of one larger story," DeBlois explained.

We've known always the entire time that, if we do our jobs right, then this is where we end up," Baruchel says.

What solidified the ending in his mind was a chance encounter with Cressida Cowell, the author of the 12 children's books upon which the franchise was initially based. "She told me that she was working on the explanation for why dragons are no longer here and what happened. Where did they go?" DeBlois adds. "I loved that. I found that gripping. It's not only emotional, but it's also very mysterious. We decided to take that on as a goal — not only are we going to see Hiccup go from the character we meet in the first movie, awkward and never doing anything right, and then you finally see him fulfill his destiny of taking over the mantle of chief and being a wise and selfless leader. We wanted to see that arc but we also wanted to explain what happened to dragons."

That idea formed during the end of the making of the first movie, and DeBlois knew he could and would bring that vision to life in just three movies total. But not everyone thought it was possible.

"That wasn't always taken for granted," DeBlois reveals. "We had to fight to stick to our vision of it because at several points there were conversations of, 'Maybe it should be seven installments!'”

“We just wanted it to have [a] sense of purpose. I in particular have a distaste for sequels that just throw the same five or six characters in a random scenario. It feels like a cash grab to me,” DeBlois added. “So I wanted to make sure that these held up to one another and that they advanced a larger narrative and they had a finite end."

The sigh of relief came when both DeBlois and Baruchel saw the final scene of How To Train Your Dragon: The Hidden World for the first time on the big screen. That was when they knew they had accomplished what they had set out to do over 10 years earlier.

We had to fight to stick to our vision of it because at several points there were conversations of, 'Maybe it should be seven installments!'" DeBlois says.

"It was hard not to be emotional and a bit melancholy, but more than anything I was just beaming with pride," Baruchel shared as he reminisced on that milestone moment for the franchise. "I've gotten to be this character for 12 years and it's the best. It's the reason why you do this. You hope your whole career that you end up in a moment that is half as impactful as that at some point. It's gratitude and pride, that's what I was feeling."

DeBlois laughs a bit as he adds "relief" to that feeling as well. "It's always hard at the end, you get a lot of people who want to weigh in so late in the game and you're trying to hold the whole thing together and get it past the finish line," he says. "I watched it at Skywalker Ranch, we had just finished the sound mix and we invited a few local friends to sit in that theater and watch it. I sat in the back and had a tear roll down my cheek. We made it."

If fans still want more from the franchise, Baruchel recommends going back and watching the movies again. "Let time give them away, let another generation fall in love with them, let kids who are now grown up show them to their kids," he adds. "To do anything else would be an appendage, it wouldn't be organic and it wouldn't be motivated. The end feels pretty concrete, doesn't it? It would be ultimately superfluous [to do more]."

How To Train Your Dragon: The Hidden World is out now on DVD and Blu-ray as of May 21, so you can relive the magic of the entire franchise all over again.