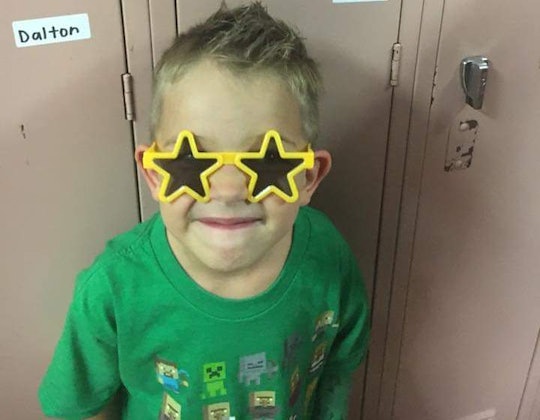 Everyone Is Holding Their Kid Back From Kindergarten, But Not Me — Here's Why

I have four kids. Three of them have October birthdays, which makes for a fun and hectic Halloween season. This also means that my current first grader started kindergarten a few weeks before he turned 6, and my 5-year-old twins will do the same next fall. Like myself (I also have an October birthday, ironically), they will be among the oldest kids in their grade. This gives them an edge, both maturity-wise and academically. My fourth child, who is just a few months old, has an August birthday. Not only does this cramp my “one giant fall party” style (while also opening up the option of a pool party), it means that she will start kindergarten a nearly a full year earlier than some of her classmates. Yes, we could choose to “redshirt” her — hold her back a year from kindergarten — but we won't.

About 6.2 percent of kids are redshirted, according to an analysis by Diane Whitmore Schanzenbach and Stephanie Howard Larson for Education Next, though the number could be as high as 9 percent, according to the National Center for Education Statistics (NCES). It’s safe to assume most of those redshirted kiddos have summer birthdays, like my youngest. She would be the oldest in her grade, older than my big three when they started. And she would be at a definite advantage in elementary school, especially with the push for advancing curriculum, and the trend for kindergarten to become “the new first grade.” Redshirting has become near universal in some neighborhoods.

My husband and I both have a master's in education, we have both worked in schools. My best friend taught kindergarten and we’ve discussed this at length. I could have my last baby home with me for another whole year... I totally understand the reason many friends followed the national trend of redshirting their kids.

But that wasn't the decision we made.

Some of our reasons are selfish, with a financial component. I’ve been a part-time work-at-home mom for six years, in a variety of mobile education and journalism positions. By the time our youngest starts school, I will have been home for 11 years. I am fine with this, and realize that it is a luxury that many moms do not have. I have even enjoyed it most days. Being able to write articles from my laptop while my kids play at the park — that’s been terrific. And also, at times, chaotic.

Millennial parents just don’t have the economic security that allowed many of our parents to stay home with us.

Leaving my full-time job in 2012 also caused financial strain on our family. We make it, barely, and have accumulated more debt than we would have otherwise. So, having all four kids in school will allow me to increase my hours and start working off that debt. That is an important parenting decision, as we wrap our heads around financially launching four kiddos into adulthood through whatever college/secondary education options they choose.

Delaying our game of financial catch-up for one more year doesn’t make sense to us, if she is allowed to start school. I recently saw a long thread on a local news post about state-funded pre-K where many older folks were bemoaning that “school is not a babysitter.” Well, sorry, curmudgeons, but for many working class families it literally also functions as childcare — that was the entire point of Head Start, back in the '90s, and is now a big part of the push for pre-K and 3K programs. Millennial parents just don’t have the economic security that allowed many of our parents to stay home with us. And in many towns, redshirting only winds up pushing those with sounder finances, who can afford not to put their kids in school when that option becomes available, further ahead.

Some of my reasons for sending my daughter to school the second she turns 5 are educational. While redshirting shows a small advantage over the first few years of school, most studies show those effects dissipate by middle school, while others, like a 2008 study by the National Bureau of Education Research, found that starting school early had a small positive impact on IQ. In fact, kids who were redshirted sometimes aren’t academically challenged enough, as a 1993 study found of children delayed entry to kindergarten who were not learning "up to their capabilities," per the NCES, or are pushed into gifted programs when they are really just academically on target for their older age.

I just don’t want our life to always be about being the best — the top, the oldest, the most advanced, ahead of the curve.

There are proponents of the practice, of course; particularly those who argue that the implementation of No Child Left Behind changed kindergarten from a fun carefree space to a rigorous academic one, and want to keep their kids from encountering that for as long as possible. I have seen this with my oldest child — kindergarten was demanding. He had some really tough days as he learned a whole new set of expectations that were much more exacting than at his sweet little preschool. Yet I also think that whenever a child hits that atmosphere, it will come as a shock to them. I have no real faith that delaying our youngest by a year will change that.

Really, though, what seals the deal for me is that I just don’t want our life to always be about being the best — the top, the oldest, the most advanced, ahead of the curve — because there are more important things.

No matter what a kid’s age in school, they can learn to be the kind kid, the loving kid, the helper kid. This incessant drive to have our kids reflect positively on us by pushing them to overachieve is, frankly, exhausting and unhealthy. School district debates in local moms groups take on a competitive edge as moms quote test scores and academic rankings. We are in a “mediocre” district, and we adore our school. It is just so much stress on parents to make sure they are always choosing the best and most advantageous path for their children. Who knows what gumption and strength my tiniest little one will gain from being one of the youngest in her class?

So I am choosing to just breathe, not try to overthink or control the situation, and trust that she will be just fine starting school at the age that it is intended to start.