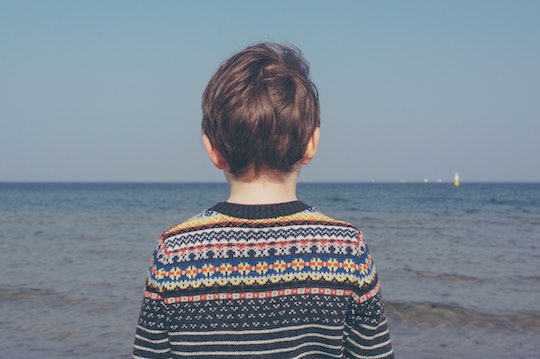 Why I'm Reading The Stanford Rape Victim's Letter To My Kids

When you are a teenage boy, often our go-to emotion is an eye-roll. Everything is worth poking fun at or diminishing in some way that seems harmless but might not actually be harmless at all. I'm crying during Gilmore Girls? Eye-roll. There was a bombing in some country where they don't know anyone? Eye-roll. It's not meant to be hurtful or dismissive, I think in many ways it's a defense mechanism against all of the terrifying emotions swirling around inside them. Normally, I let the eye rolls slide. Except today. Today, I want to read the Stanford rape victim's impact letter to my sons. Because I worry that eye-rolling can turn into something darker, something more menacing. And I'm not going to let it happen on my watch.

Before I continue, I want to make something perfectly clear. I don't think all young men deserve to be painted with the same tarnished brush as Brock Turner, the 20-year-old Stanford student who raped an unconscious woman and was sentenced to just six months in prison. I understand that people are angry, and fed up with this terrible sense of entitlement. I understand that Brock's father exacerbated an already fraught issue with his selfish, thoughtless letter regarding his son. When he made it clear that his son should not be held accountable for "20 minutes of action" in a 20 year life. When the victim became his son and the real victim became a forgettable side effect. I understand how horrified people are because I am horrified myself.

But I also think we need to tread carefully if we want to affect real change here. I think making sweeping assumptions about "all" young men and rape culture is a dangerous step in the wrong direction. And I am truly hoping to make the right step here.

Which is why I want my sons to read the Stanford rape victim's impact letter. The whole thing, over 7,000 words of it. I want them to read about what happened to that woman in her own words not because I suspect my sons will eventually rape someone, but because I want them to relate to that victim in a real, lasting way. I have always told my sons, "When you're talking to a girl, think of her as a human being first and a woman second." I have always wanted them to seek out the real human being underneath before they think about any sexual attraction they might be feeling. I want them to be kind and true, always. I want them to think about who the victim was before she was attacked, in her own words:

You don’t know me, but you’ve been inside me, and that’s why we’re here today.

On January 17th, 2015, it was a quiet Saturday night at home. My dad made some dinner and I sat at the table with my younger sister who was visiting for the weekend. I was working full time and it was approaching my bed time. I planned to stay at home by myself, watch some TV and read, while she went to a party with her friends. Then, I decided it was my only night with her, I had nothing better to do, so why not, there’s a dumb party ten minutes from my house, I would go, dance like a fool, and embarrass my younger sister. On the way there, I joked that undergrad guys would have braces. My sister teased me for wearing a beige cardigan to a frat party like a librarian. I called myself “big mama”, because I knew I’d be the oldest one there. I made silly faces, let my guard down, and drank liquor too fast not factoring in that my tolerance had significantly lowered since college.

I want my sons to remember that she was just hoping to watch a little tv, just like they do. That she was goofing around with her sister, just like they goof around with each other. I want them to connect with her, to get past the eye-roll and genuinely feel for the victim, who, despite hoping for a fun evening out with her sibling, ended up bruised and broken in a sterile hospital room, being poked and prodded once again, because someone else did not make the right choice.

Because I think that's the only way any of us are going to make any kind of change here. The ability to empathize, to crawl inside someone else's space and truly feel their awful things, I think that might be our best chance to prevent more Brock Turners blindly taking what they want in this world.

So enough with the eye-rolling. It's time for a little eye-opening.