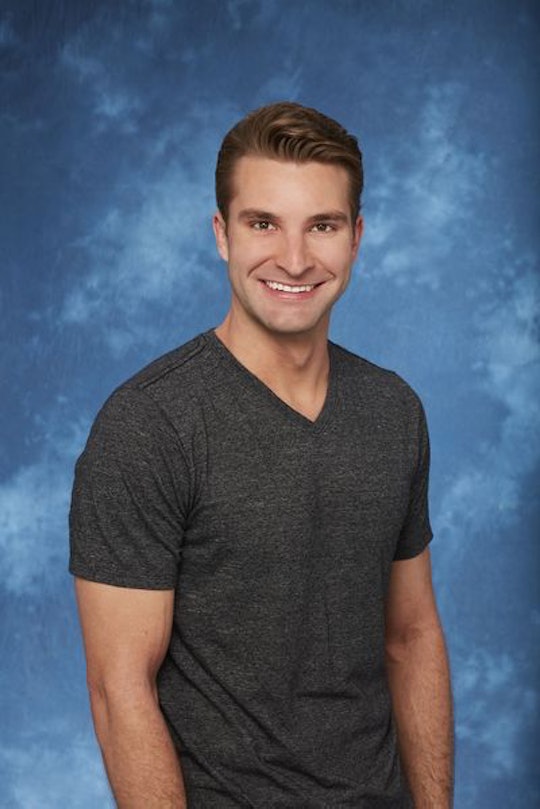 Jonathan Made A Strange Choice On 'The Bachelorette'

The nonsense careers on The Bachelorette are beginning to be a bit much, especially when a quick Google search reveals that a lot of the suitors' odd jobs are actually just ways to get attention on the show. In reality, some of them have totally normal and even respectable careers of their own. Cue Jonathan Treece, who described himself as a "tickle monster" and made his first impression by giving poor Rachel Lindsay a surprise tickle attack. But "tickle monster" is not Jonathan's job. It's not really anyone's job, come to think of it. So why is Jonathan a tickle monster on The Bachelorette? Why highlight that particular aspect about yourself?

Unfortunately, there's no good answer for that. It's just plain weird. Despite his professed "job," Jonathan is actually a doctor — a totally normal and cool job that anyone would be impressed by. Why would he downplay his own achievement (which includes lots of years of work and schooling) to associate something intensely creepy with his name for the rest of his time in the competition? Sure it's memorable and it got him attention, but at what cost? Not all press is good press, no matter what you've heard.

In a Facebook Live chat, host Chris Harrison tried to explain the reasons behind Jonathan's job title switch-up. "That's kind of what [Jonathan] does, that's his thing," Harrison said. "We figured we'd have some fun with these labels. It's not necessarily what they are — it's kind of who they are." Jonathan should maybe think twice before tossing aside his medical credentials in favor of something more memorable. No one wants to introduce their new boyfriend to their parents by saying, "Hello, this is Jonathan, he's a tickle monster." The pay must be negligible.

But Harrison's comments would explain why actor Lucas Yancey's career was listed as "whaboom" — considering he screams the word every 30 seconds and throws himself on the ground, it's clearly more applicable to his personality than his chosen profession. But does this mean viewers will have to watch Jonathan uncomfortably tickle every person he comes across? Rachel should conduct any dates they have from a safe distance to protect herself from unwarranted tickling.

But perhaps Jonathan's title only springs from that first meeting, as Harrison continued, "When you wake up Tuesday morning after the initial episode, like, how do we describe Jonathan — you're not going to say, 'oh, he's that doctor,' you're going to say, 'tickle monster. You'll know what it means Day One." It seems like Jonathan's first impression is a lasting one, though hopefully his ticking isn't a habit that persists.