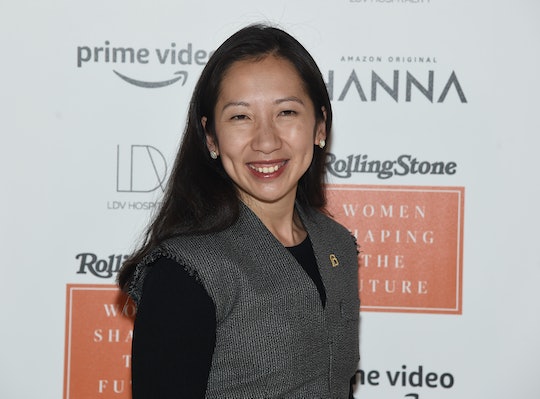 Dr. Leana Wen Steps Down As President Of Planned Parenthood After Eight Months

Dr. Wen, who The Hill reports is the first actual physician to head up Planned Parenthood in decades, took to Twitter to share the news that she was asked to step down as President of PPAF after the board allegedly held a "secret meeting." Wen noted on Twitter that she and the organization were in the middle of discussing her departure "based on philosophical differences over the direction and future of Planned Parenthood," so it appears her departure was considered imminent.

"I just learned that the @PPFA Board ended my employment at a secret meeting," Dr. Wen tweeted. "We were engaged in good faith negotiations about my departure based on philosophical differences over the direction and future of Planned Parenthood. My statement to come shortly."

Planned Parenthood did not immediately respond to Romper’s request for additional comment regarding the departure.

To catch you up to speed, Dr. Wen took over for former Planned Parenthood President Cecile Richards, the oldest daughter of former Governor of Texas Ann Richards, last November. Cecile Richards had held that position for 12 years before departing, and she essentially became synonymous with the organization, according to Rolling Stone, which might not have been easy for Dr. Wen to navigate.

Not to mention, there was also the fact that Wen, Baltimore City's Health Commissioner and an emergency room doctor before her Planned Parenthood stint, was a physician who looked at abortion rights as a medical right rather than a political issue. As she noted in a public statement on Tuesday:

I believe that the best way to protect abortion care is to be clear that it is not a political issue, but a health care one, and that we can expand support for reproductive rights by finding common ground with the large majority of Americans who understand reproductive health care as the fundamental health care that it is.

Planned Parenthood released its own statement to Romper regarding Wen's sudden departure, naming board member Alexis McGill Johnson as the Acting President until a new president can be found, likely by 2020. The organization said in an email:

We thank Dr. Leana Wen for her service to Planned Parenthood in such a pivotal time and extend our best wishes for her continued success. We are pleased to announce that Alexis McGill Johnson has been named Acting President, effective immediately. Alexis is a renowned social justice leader, lifelong political organizer, and a tireless advocate for reproductive rights and access to quality, affordable health care.

Despite her loss of position, Wen confirmed in her statement that she would "always stand with Planned Parenthood, as I continue my life's work and mission of caring for and fighting for women, families, and communities."

While a change in leadership might cause some confusion and difficulty along the way, Wen's statement that she will always stand with Planned Parenthood is perhaps the most important because it's clear her values won't change, no matter what.