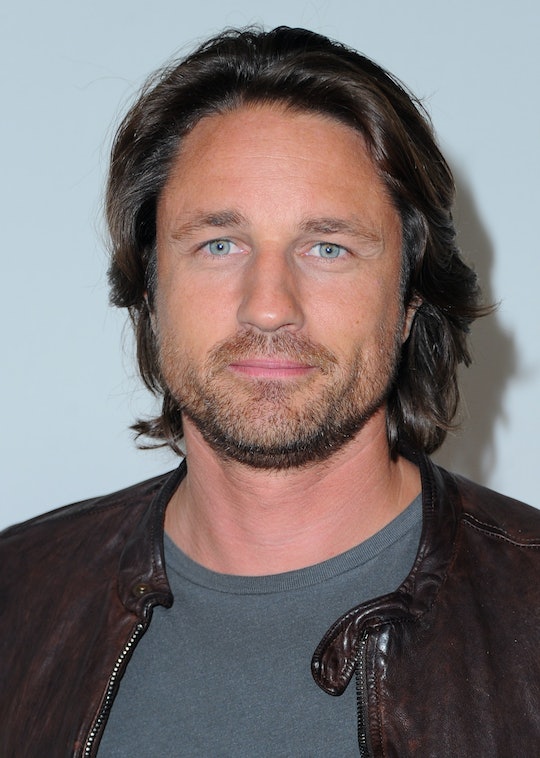 Martin Henderson Has Spoken Out About His 'Grey's Anatomy' Departure

Very rarely are there perfectly wrapped up happy endings for characters on Grey’s Anatomy, but for Nathan Riggs and Megan Hunt, who he’d thought to be dead for the past decade, that’s exactly what they got. You can’t help but mourn the loss of a solid Grey’s player though, especially since he’s been a series regular for the past couple of seasons. So exactly why is Martin Henderson leaving Grey’s Anatomy? Riggs’ story has finally come to an end, and a happy one at that.

While showrunner Krista Vernoff was a little vague at the Grey’s Anatomy 300th episode party in Los Angeles as to why Henderson is leaving the series, she did note that it wasn't something the producers or writers took lightly. She explained:

From the moment Megan returned to Riggs’ life at the beginning of the season, there wasn’t the typical dramatic love triangle that often comes into play in situations like this. Instead Meredith was supportive and urged Riggs to be with Megan. And that's exactly what happened. In the end, he chose to move to California with Megan so that they could build their new life together, which was a much happier send-off than anyone could ever hope to get on a show as tragic and dramatic as Grey’s Anatomy.

As some fans might know, Henderson was already part of Shonda Rhimes’ TV universe when he appeared in the TV movie Inside the Box and the short-lived Rhimes-produced series Off The Map. And as Rhimes herself puts it, just because Henderson is leaving Grey’s, doesn’t mean they’re done working together.

"I loved that we were able to give Riggs a happy ending worthy of his character and talent. As for Martin, this is not an ending for our relationship," she announced in a statement posted by The Hollywood Reporter. "He has been part of the Shondaland family since the pilot of Inside the Box and he will always be family. I can’t wait to find a new project to work with him on in the future."

Henderson first arrived at Grey Sloan Memorial Hospital during Season 12 when he became a main cast member. But Riggs' departure from the show doesn’t mean that Meredith will be mourning the absence of her first relationship after Derek’s death. In fact, it sounds like it’s going to be the opposite. At the 300th episode party for Grey’s Anatomy, Rhimes spoke a little about what comes next for Meredith and it doesn’t seem like losing Riggs is going to be slowing her down anytime soon.

"Meredith is a very complex character who had the love of her life die," Rhimes said, adding:

I don’t know that, for her, an epic romance is exactly what she’s looking for. I think it might come when she least expects it, but I don’t think that’s what she is looking for next. And so I kind of subscribe to the idea that a woman should be looking for something else. Mainly something for herself as opposed to basing everything on a man.

According to his IMDB profile, Henderson has been cast in multiple projects, including Strangers: Prey at Night, set for release in March 2018, and the upcoming Hellbent. So it sounds like he’ll definitely be busy. But if anything changes in the future, I think he’ll always have a home in Shondaland.