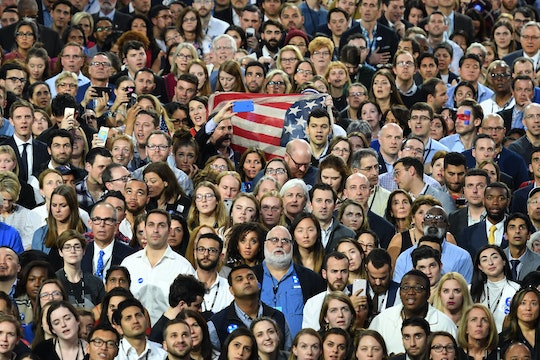 Why Is The Election So Close? 5 Factors That Contributed

If you haven't done a late-night Starbucks run, you might want to go do that right now, because it's going to be a late night. Despite early polls favoring Democrat Hillary Clinton, it seems as though GOP candidate Donald Trump actually has a legitimate chance to win the presidential election — however that makes you feel. With portions of precincts reporting from around the country, there are nine states that are too close to call according to NBC News. Some of these state results have razor thing margins between the two candidates. But why is the race so close? There have been several factors in play leading up to tonight, as well as some election night surprises as the results keep rolling in.

As terrifying as this might sound, Donald Trump — a man who has managed to lob insults to just about every demographic in America as a key campaign strategy — could very well become President of the United States on Tuesday night, despite so many races being too close to call. During NBC News's live election night coverage, Meet the Press moderator Chuck Todd summed up exactly why race this close is so just anxiety-inducing. "I don't want to say it was a hidden Trump vote," Todd said. "I just think we didn't have our weights correct."