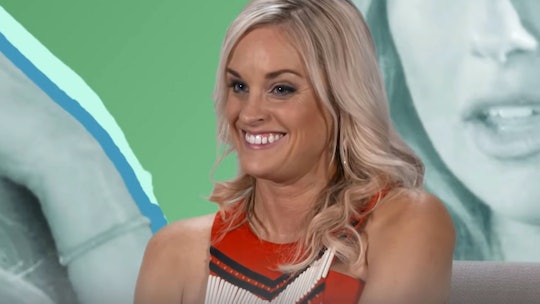 Danni Baird is like the glue that holds the Southern Charm cast together — and she's not even part of the main cast. Like the beloved Patricia Altschul, Danni has been a recurring cast-member since the Bravo reality show's first season back in 2014. Given her longtime status on the show, it's fair that fans are wondering why Danni isn't a main cast-member on Southern Charm. Because let's be real, if anyone deserves to be in that series regular lineup, it's our girl, Danni.

Danni has been an amazing ride-or-die BFF to the ladies of Southern Charm, but it's unclear why the Bravo star hasn't been promoted to a main cast-member after six seasons. However, it's likely to have something to do with her full-time art career.

In 2018, she told Bravo's The Daily Dish, "Honestly, I literally am focusing on my career. Unfortunately, with artwork, you can't rush it. Yeah, I've really just been focused on me.”

Now, the artist has a few watercolor paintings on display at the Art Mecca of Charleston and is selling fine art prints and commissions on her website. On the Art Mecca website, Danni revealed that her main focus is still art.

"My artwork is my passion and heartfelt focus, as it frees me from the world’s everyday chaos," Danni said, per Bravo. "Every piece I create is an extension of me and very personal. Sharing my work with others brings me an undeniable sense of purpose. Art has always played a significant role in my life but now it is at the forefront."

Honestly, it appears that Danni never intended on becoming a full-time Southern Charm cast member. Speaking to the Reality Life podcast in 2017, Danni revealed that she sort of fell into the show during Season 1.

“Shep [Rose] and I had dated briefly right before filming so it was just kind of natural. I just kind of fell into it," she explained. "It was so odd. Season one, I didn’t film that much, it just happened to be that every time I filmed it was in an episode.”

Nonetheless, Bravo continued to ask Danni to return. During the podcast, Danni shared that producers brought her back for the show's fourth season to support Kathryn Dennis.

"[Kathryn] is a big part of as to why I did come back this season because I knew that she needed a positive force," Danni said. "I stand by that.”

Although Danni hasn't been featured as a main cast member on Southern Charm, her place on the show is irreplaceable, especially when you consider her strong bonds of friendship with everyone on the show. During the Southern Charm After Show in 2018, Kathryn shared that she felt closest to Danni out of all her fellow castmates.

"I've known Danni since the very beginning. I met her at Whitney's pool party Season 1 and she has remained a supportive, positive friend in my life ... no matter what," Kathryn said. "She's a good person, a good woman."

While I'm a little bummed that Danni isn't a series regular on Southern Charm, I hope that she continues to be a positive light on the show and flourish in the art community. So cheers to that!