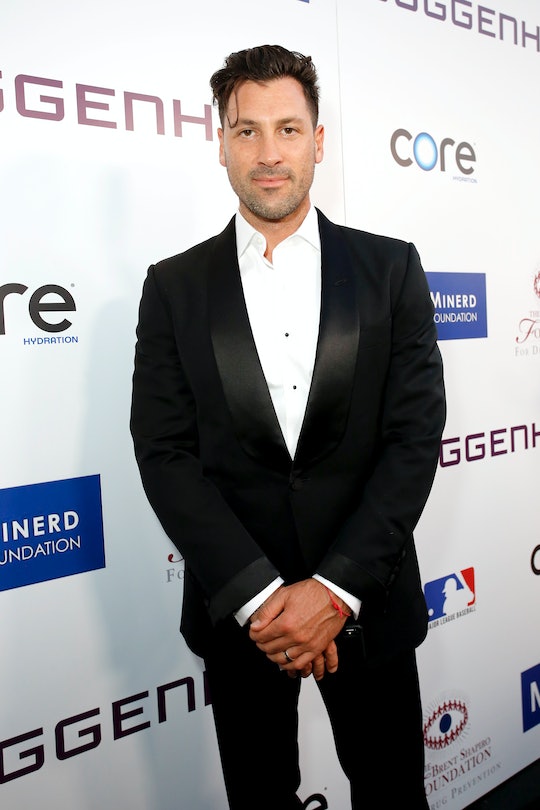 Maks' Days On 'DWTS' Are Officially Behind Him

It’s hard to say goodbye to pro dancers on Dancing With the Stars, but sometimes, they have to move on. Maks was a pro on DWTS for 15 seasons before he decided to call it quits in Season 25. He was originally paired with Vanessa Lachey his last season, but dropped out early and since then, his life has been plenty busy with other projects and obligations. When Season 28 rolled around and he didn't make an appearance on the ballroom floor, however, fans wondered why Maks isn't on DWTS 2019 either.

In 2018, Maks spoke to Us Weekly about his decision to move on from DWTS and it seemed like he was intent on sticking with it. You might see him in the audience for his wife Peta, who is still very much part of the cast, but Maks has other things going on in his life right now.

Maks said that while he appreciates the fans he made on DWTS over the years, he felt it was time to hang up his dancing shoes (where the show is concerned, anyway) and delve into other projects. This includes his partnership with TheraGun to donate to Disabled American Veterans.

He said he needed to make his family a bigger priority and while Peta is on DWTS this season, Maks is taking care of their almost three-year-old son, Shai.

"I’m looking for an opportunity to do another tour more so than anything else, because I’m already good business-wise," he told Us Weekly. "I just need that art, I guess, outlet. And then it’s sort of, like, where you kind of look around and you’re like, 'Life is amazing.'"

This isn't the first time fans wondered about the longtime pro and why he wasn't part of a DWTS season. At the start of Season 26, Peta, Maks, and his brother Val were all absent from the show. It was a big deal since the three of them have been fixtures in the pool of pros for years, but at the time, it was for a good reason.

Maks, Peta, and Val were all part of a traveling dance show called Confidential and although that show isn't the reason Maks isn't on DWTS Season 28, it marked the beginning of Maks finding a creative outlet elsewhere. At the time, Maks told MassLive.com that he was no longer giving the show his all as a dancer.

"Listen, I love the show, but I have other interests at the moment," he said. "I would have loved to judge and transition into that, but it's not my call. It's not up to me. Everything that is up to me, I do at 100 percent and then give it my all."

If the DWTS producers call up Maks to offer him a role as a fourth judge at some point, maybe fans will get to see him back on their TV screens. For now, however, he seems content living his life outside of the show and caring for his son.

Although Maks is no longer a part of the DWTS cast, he did show up to the season premiere with his son to support Peta and shared an Instagram post about how proud he was and how surreal the experience was as a bystander instead of a performer.

"I’m grateful to this place, this show and absolutely every living soul which took part at creating and maintaining it, sometimes against all odds, for all these years," he wrote.

Maks has also been spending his time working with the dance company Dance With Me and giving dance lessons outside of the show. He might not have gotten everything he wanted out of his final days on DWTS, but dancing is still very much a part of his life and he’s still grateful to the show for all it offered to his career.