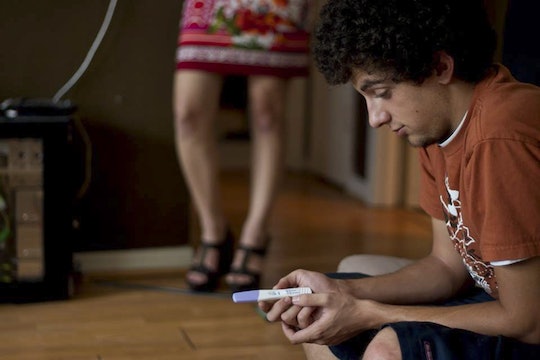 Those of us who’ve had to purchase health insurance through an employer or through the marketplace have likely become familiar with terms like “open enrollment” and “qualifying life event.” The shorthand is that for people who miss the annual window for buying or choosing insurance, there are certain life changes considered so monumental that it makes sense to rethink your health coverage when they occur. Someone might assume a positive pregnancy test to be such an event. And but that assumption would be wrong. Why isn’t pregnancy a qualifying life event for health insurance in every state? On the list of life-altering events, I would think that a positive pregnancy test ranks pretty high.

According to HealthCare.gov, a qualifying life event is generally defined as something that changes your household size, place of residence, income, or insurance access. Examples might include losing a job, losing Medicaid coverage, divorce, moving to a new state, or having a child through birth or adoption. But not pregnancy. And if that seems like a major barrier to ensuring that women and their babies get adequate maternity care, that’s because it is.

Research has linked having insurance at the start of a pregnancy to better and more consistent prenatal care, as one might imagine. And getting high-quality prenatal care has long proven to be the cornerstone of ensuring good health outcomes for moms and babies, improving everything from mortality rates to maternal mental health measures.

But despite all that, right now there’s no federal mandate that defines pregnancy as a qualifying life event, so insurers don’t have to allow a woman to purchase coverage outside the normal enrollment period just because she got a positive pregnancy test. Under the Affordable Care Act, pregnancy is covered as a pre-existing condition, meaning an insurer can’t deny someone coverage because they’re pregnant before the coverage starts. Whether pregnancy should be considered a qualifying life event or not has been left to the states to decide.

So far, only New York has legally added pregnancy to the list of special, “qualifying” life events. A promising bill to add pregnancy to the list of events that support a special enrollment period for buying health insurance in Connecticut is gathering steam with both Republicans and Democrats, according to U.S. News and World Report. California introduced a similar law last year, but it failed to pass. The March of Dimes worked to get the Healthy Maternity and Obstetric Medicine (Healthy MOM) Act introduced in the 2015-2016 Congress, but it wasn’t passed either.

The bright spot is that, thanks to Medicaid, the QLE coverage gap may not hurt as many women as one might fear. According to the American Pregnancy Association, states are required to provide Medicaid coverage to pregnant women who meet their income guidelines and those who make too much money under normal circumstances, but don’t have other insurance coverage. That mandate makes a huge difference in the number of uninsured pregnant women: while an average of 23 percent of women report having no health coverage in the month before confirming a pregnancy, most of them — almost 3 in 4 — are able to enroll in Medicaid or find private insurance before giving birth, according to HealthAffairs.org.

This one should really be a no-brainer: having even one expectant mother go uninsured is one too many. That the ACA bars insurers from treating pregnancy as a disqualifying condition is helpful. But the expectation that babies will happen according to the government’s enrollment calendar is more than a little ridiculous.